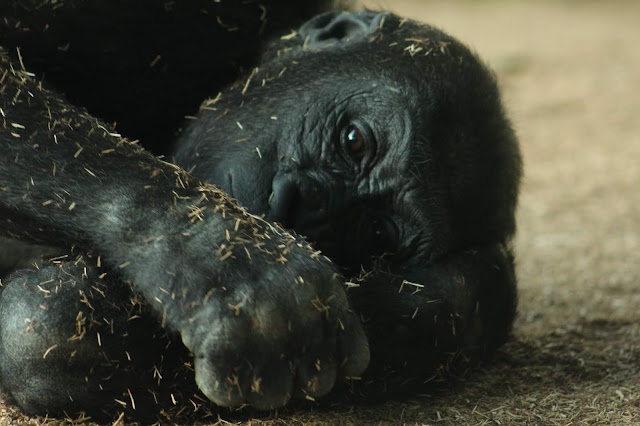 Adulting can be so hard. It was a long, busy, and fun week, but looking back, it was almost an entirely show-free week for me. I did, however, continue working from the Zoo a few times, and I'm loving that a lot. So let's recap. Tuesday I spent most of the day working from home doing listings, Wednesday I was up bright and early and went to the Zoo. I worked a lot, then went to the District 3 candidate forum in North Park, then went home and worked some more. I've been reading a great book, so I did that to fall asleep, but the anxiety and fear of missing my Thursday meetings was so intense, I stayed up all night until my 9am, 10am, and noon meetings, finally going home and crashing out and sleeping through Illiterate Light. By Friday, I was well rested, got my newsletter out, then went back to the Zoo. Nova got dropped off to meet me after and we stayed until closing, and then Friday night I worked at The Frogs show at Soda Bar. I never know what to expect with Evan, but he was in good spirits and the show was really great and they played over 2 hours. Darren met up toward the end of the show, and we all went to the Ken with friends where Curtis brought Evan and we all hung out until the bar closed. Super fun night and nice to see everyone in such good spirits. Saturday was a lazy day at home until Nova and I decided to catch the bus for a little adventure. We ended up at Fashion Valley mall, which is sooo not my world, but it was fun wandering and we finally burned a gift card we had for Cheesecake Factory on a cheesecake to go. We bused back to North Park, met up with Darren for dinner at Street Side, and called it a night. On Sunday, Nova had a friend over until soccer, which ended up being a kids vs parents scrimmage, leaving me basically unable to walk the rest of the night. I'm mostly better now, but Monday was a work from home all day kinda day and this week is busy so I'm not sure I'll get my Zoo time in. I've got a couple shows on my radar, but my projects are keeping me busy enough that I don't know which ones I'll actually get to see. Listings through Monday are after the jump.