It was a pretty great week having Nova off school, runnig her to and from soccer practice, and spending time with family. I also had a couple fun nights out, like Tuesday I worked for Warpaint, then caught Red Fang at the Casbah or Friday night when Darren, my sister, my cousin and I went to Blonde for their Oasis and New Order tributes. I also worked for The Mother Hips on Saturday and spent most of the weekend lazing around the house in pajamas. I'll come back with updates once Bar Pink, Black Cat Bar, El Dorado, Ken Club, The Merrow, Sycamore Den, and Whistle Stop post their December calendars. I didn't really have the energy to chase them down. Monday through Friday archives are after the jump. 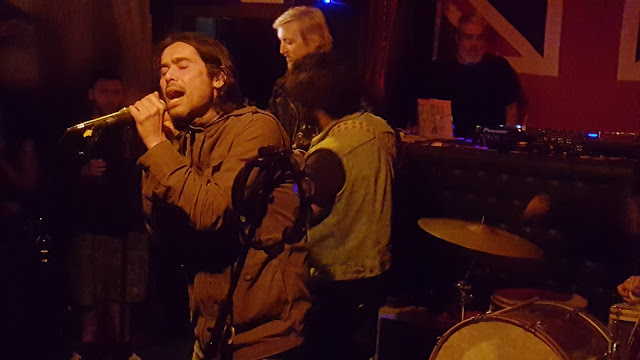 Leave it to Kevin to send a press release at 11pm on a Tuesday night...

SDS Events is proud to announce the return of the San Diego Music Awards, the annual awards gala that recognizes the diverse achievements of the talented San Diego music community. The 26th version of San Diego's premier local music event is scheduled to take place on Tuesday, March 21, 2017. As in the past, a portion of the proceeds from the event will continue to benefit the San Diego Music Foundation, in partnership with the Taylor Guitars for Schools program.

The event has been reorganized. "After 25 years, it was time for change. I was asked to step in to once again produce the event," said awards show founder Kevin Hellman, who had retired after the 2015 event. "I'm pretty excited to once again have the opportunity to continue what we started 25 years ago. It's already been alot of fun putting the team back together. We are planning to once again produce a great event, one which will make a difference in our community."

The 2017 San Diego Music Awards will be held at House of Blues, located at 1055 Fifth Ave, in downtown San Diego - a new location for the event. The new venue will allow for both VIP seating, reserved seating and also general admission tickets. In additional to the new venue, a major change for 2017 will be a brand new award trophy. Hellman adds, "With the new venue, it's a new era for the event. It just seems to be the right time to create and present a brand new San Diego Music Award."

Over the past 25 years, awards have been presented to San Diego artists including Jason Mraz, Jewel, P.O.D., blink-182, Slightly Stoopid, Switchfoot, Pierce the Veil and countless others. And while the event has and will always focus on homegrown music, the main goal of the event is to keep music education alive in public schools in San Diego County. As such, proceeds from the San Diego Music Awards will once again be used to purchase and place "Baby Taylor" guitars into elementary, middle and high schools in San Diego County, via the non-profit San Diego Music Foundation, in partnership with El Cajon's Taylor Guitars. To date, over 75 schools have participated in the Taylor Guitars for Schools program.

You know, if you're gonna lose two jobs at the same time, it might as well be right before Thanksgiving. Nova had a week of minimum days last week and is off school the whole week, so perhaps the freed up time means we can do more fun stuff. Last week, for example, we went up to the Safari Park and got to see the new baby gorilla. As it is, she was selected for her soccer league's all-star team so she'll have 8 more practices between now and the actual rec league tournament a week from Saturday. Besides the Safari Park, last week was pretty busy. I worked at the Irenic for the Copeland show, went to emo night at The Office, caught Smokey Brights at Soda Bar, on top of taxiing Nova to her soccer, dance, figure skating, and derby. On Saturday Darren and I got to see one of our favorites, Lucius, at the Belly Up, and it was a magnificent show, even though Jess was apparently sick. This week is pretty chill, but Wednesday should be pretty raging all over town before we all hunker down for Thanksgiving. Monday through Sunday archives are after the jump. 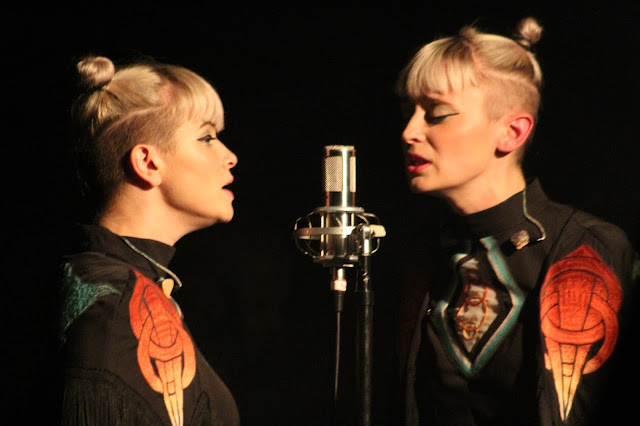 What a rollercoaster week, amiright? I am still processing the election and as a result have been backing off social media just a little bit because I can't take any more bad news. That being said, while we can no longer control the national outcome of the election we can still fight for this City and today at 2pm, the City Council is voting to authorize $80m in bonds to build #FaulconersFolly- a bypass bridge off the Cabrillo Bridge and a completely unnecessary parking structure. I'm going to do my best to be there and cede time to SOHO (Save Our Heritage Organization) and if you can, you should be there, too. I'll leave that there. As for the weekend, it was pretty great, with San Diego Music Thing, I spoke at the Social Media panel on Friday, and worked at the Irenic for both Touche Amore and Car Seat Headrest. I also got to catch Sweet Spirit, Har Mar Superstar, and Open Mike Eagle. We also had Nova's soccer game where she scored a goal from midfield (her first goal of the season because she's usually a defender or goalie), and on Sunday night we hiked the West Fortuna/Camp Elliott side of Mission Trails to see the beaver supermoon. So it was a good weekend, life as we know it goes on for now, and I'll take some time to talk about last week when I'm ready. Monday through Sunday archives are after the jump. 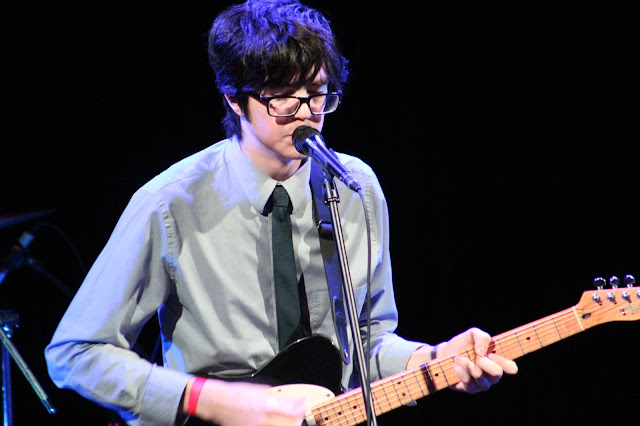 I'm not quite ready to talk about this week, but I'm at San Diego Music Thing right now and realized my listings are a little hard to get to this week, so I thought I'd update and repost here. I'm on a social media panel on Friday at 3:15 if you want to come down to Chuckalek Biergarten. I'll talk about all the nightmarish things that happened this week another time. Friday through Sunday archives are after the jump. 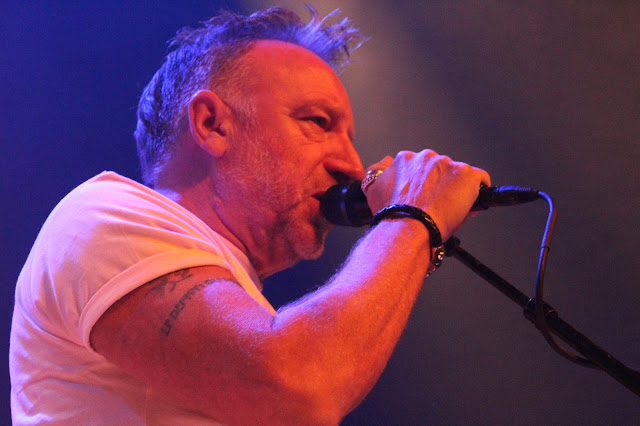 San Diego Music Thing is under way with the first panel kicking off as I type this. I decided to post the whole schedule here for you for easy reference all weekend. As far as I know, individual tickets are still available at the door for all showcases, but if you want a full event wristband, you have to come to Chuckalek Biergarten to purchase. Event schedule after the jump.

I want to deeply and sincerely thank everyone for your responses to my post last week. I didn't really expect it to reach so far, and it really means a lot that so many people read it, liked it, and reached out to me about it. Things are going just fine over here, SoundDiego and The Casbah are still keeping me busy and I'm working with the San Diego Music Thing right now, too. San Diego: Dialed In quietly turned 10 years old (!!) over the weekend, which is kinda crazy but I certainly appreciate the support after all of these years. Last week I worked at Boy & Bear and Max Frost, and checked out the Gram Rabbit show as well as the Fall Brewing Anniversary Party at the Casbah. We also spent some time at Nova's soccer and skating, hanging out with my sis and nieces at Mission Bay, visiting my parents, and crashing a girl scout campfire sing-along. This week is obviously the election, we're in the midst of San Diego Beer Week, and San Diego Music Thing is on Friday and Saturday. This week you can find me at the Irenic on Monday, Wednesday, Friday, and Saturday, and I'll be at the Peter Hook show this week. I'm also speaking on the social media panel at SDMT, so come by and say hi. Monday through Thursday archives are after the jump. 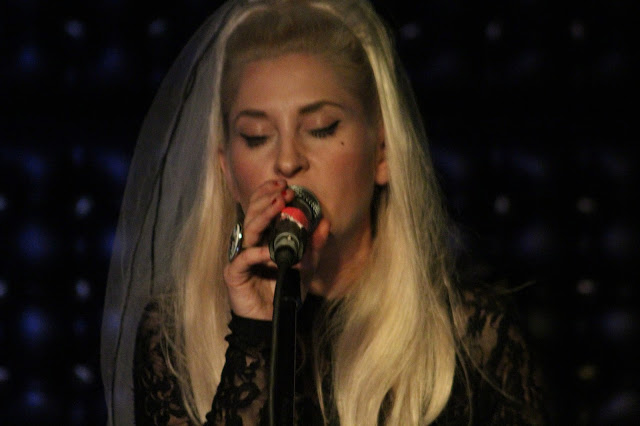 I seriously hate when people post vague messages or cries for help on social media. "Send good thoughts" or whatever just irritates the shit out of me without an explanation. In that spirit, I thought I would share, long story short, that I am no longer with DoSD nor at the Observatory.

For the short story long version, I'll start with DoSD. Ultimately, DoSD is continually growing and Marjy has set up an office in North Park with a handful of interns each school semester. When I was hired, it was with the intent to work 15-20 hours a week. After nearly a year, however, they need someone full time who can share in the management of the office, and with my schedule with Nova and my family and other work, it just wasn't feasible to move forward. It was agreed I'd finish out the month of October so now that's passed. I totally support what they're doing with DoSD and there's no bad blood at all, and I think Marjy is going to make it a powerful site and app for San Diego.

Meanwhile, I was recovering from the big Halloween Bash at the Lafayette last night but had to go meet with my Observatory manager at some point today. Since Nova's piano lesson is in South Park, I dropped her off, went in for the meeting where I was informed I was being let go, that there had been discussions and meetings in Orange County, that they're looking to "be more efficient" and that they need to make cuts and that my functions would be absorbed by other staff. I always suspected this day would come-- from the day I heard the owner of Affliction had bought the venue in the first place-- so it didn't come as a total surprise. When we were officially notified of the change nobody really seemed to know what my role would be, so I had to make it up as I went along, and while I found my niche, I was always pivoting, my roles never firmly defined. It would be really stupid for me to say anything further on this matter, especially because I still work for the Casbah which will continue to promote shows at the venue, so instead, I'm gonna make a listicle on looking on the bright side of this situation.

1. I can actually watch TV and movies without a laptop in front of me.
2. I have already deleted my account on Trello, the worst project management site on the planet.
3. My Friday mornings will no longer be spent formatting newsletters.
4. My daily email will be cut by approximately 60%.
5. No more mandatory Tuesday meetings.
6. I will continue to have access to shows and photo passes as a music blogger.
7. No more agents asking for "back end marketing plans" that I can't actually implement.
8. I won't spend the majority of my time chasing down and tracking other people's deadlines.
9. More time with and for my family.
10. Having the time to create listicles on meaningless blog posts.

Obviously the loss of income from both jobs is going to sting a bit and I sure am gonna miss that West Coast Tavern discount, but all in all, I'm going to be just fine.