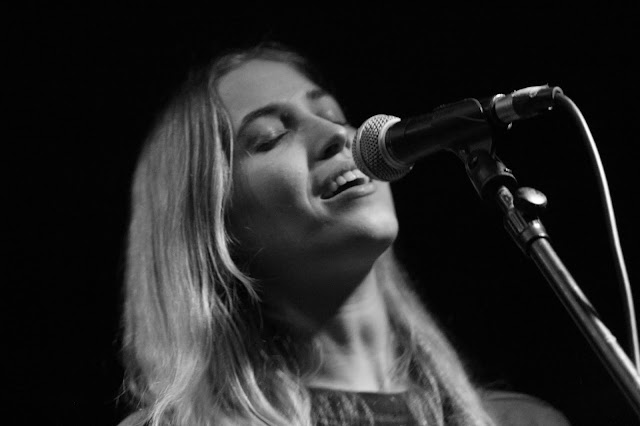 It feels like my last post was so long ago. In the time from last week's listings to today, Darren got me a new laptop for my upcoming birthday, so I've been doing my best to move files and get this one all current and usable. I was so occupied with tech that I completely flaked on Methyl Ethel and JBM last Tuesday, but on Wednesday I went to Benjamin Francis Leftwich at the Merrow and then to Death Cab for Karaoke at the Office. On Thursday, I went with Jeff to see The Love Song of R. Buckminster Fuller at the SDCJC with Yo La Tengo, which was amazing, then had a late dinner at Gravity Heights. All this time my dad was still hospitalized, so we visited on Wednesday, and then Friday he was finally released. But it was total chaos, because as he was being loaded for transport home, somehow the entire gurney tipped over while he was strapped in and landed on top of him. Not just humiliating, but it injured him but he's so stubborn that he refused the ex-ray and went home anyway. So that night we all visited them in Chula for my mom's birthday, but it was pretty gloomy and stressful and my poor mom spends all of her waking moments caring for him. Later that night, Darren and I went to Hatchie at Soda Bar and then the Ken Club to take a load off. On Saturday I got to work my first show from load-in to settlement at The Loft and that was pretty easy peazy and the artist, Phum Viphurit was pretty great. Wrapping up, we went to Adams Avenue on Sunday and went to Safari Park on Monday. I've been working my ass off and weekends are just not long enough and I missed both of Nova's soccer games and I'm getting older and we might have to make a decision about putting down my cat soon, but we'll get through it all together. Full listings through Monday are after the jump. 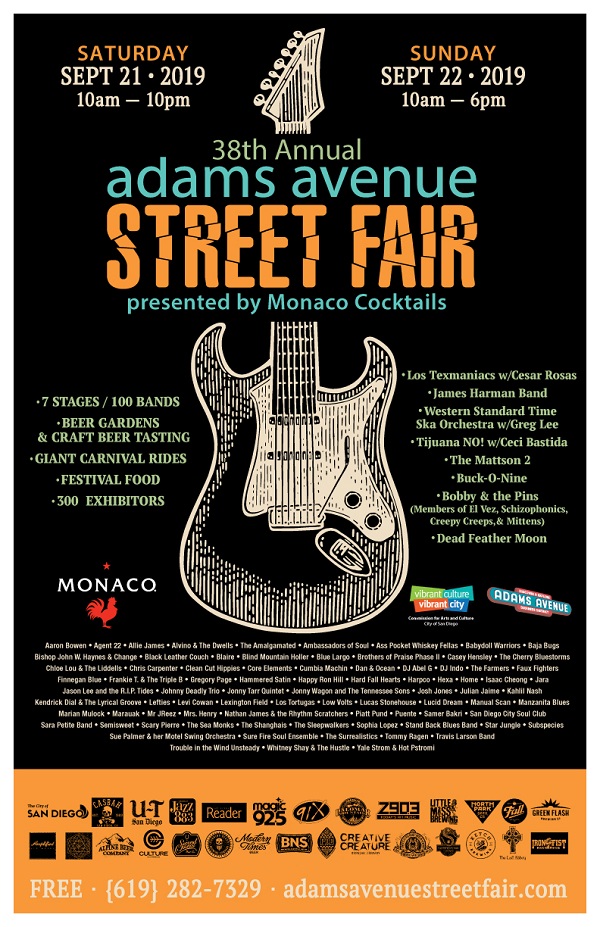 The Adams Avenue Street Fair returns this weekend for the 38th year. I'm not super in love with this poster because you can barely read any of it, but instead I'll just make sure you have the link for all the stage lineups and performance times. I've been fortunate to live within walking distance for over 20 years, but this year is not looking good for spending much time as Nova's got soccer in the afternoon on Saturday and Sunday and I'll be working at the Loft on Saturday from load-in till load-out. Ah well. I'm sure I'll find a way to make it happen, even if just for a little bit. Bear in mind that this is a free, all ages, family-friendly event that gets THOUSANDS of attendees, so while you can bring your pets, they're not allowed in many of the businesses or beer gardens, the cement gets crazy hot, and stupid things like trash and dropped food can be a hazard not worth the risk. Leave your doggies at home for your own sanity (and theirs).
Posted by Rosemary Bystrak at Friday, September 20, 2019 0 comments 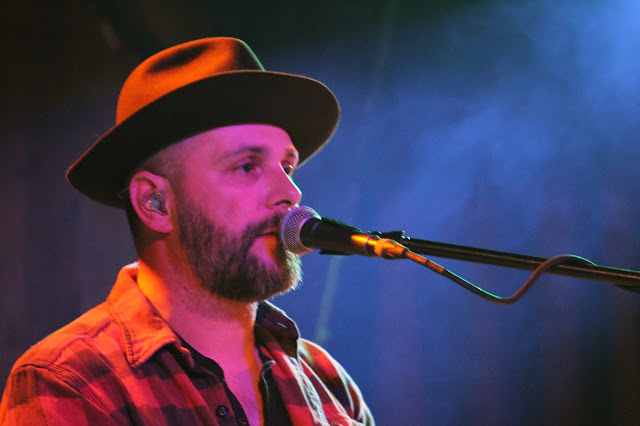 I've been obsessed with this show, Offspring. It's on Netflix but ran for seven seasons in Australia. It's kinda like a cross between Parenthood and Gray's Anatomy, and sometimes I love it and sometimes I hatewatch it, but now I know my favorite character is gonna die and I'm almost at that scene and I don't know if I'm emotionally prepared for it, despite knowing it's gonna happen and finding out that all of Australia lost their collective minds when it happened. Ug. Still, it was a good thing I found a show to binge because I don't do these 90 degree days. Last week I did go to La Jolla Cove on Wednesday and after went to Belly Up for Greg Laswell and then to the Office for The Ramones Tribute night. On Friday, Darren and I went to Adrian Belew, and after went to Rebecca Jade at the Casbah. I was a hermit all weekend. My dad was admitted into the hospital late Friday, so we were kind of on standby all weekend. He's just in for observation, not being really treated for anything specific except balancing his blood pressure and fluid pressure, but still tried to lay low in case they needed us. This week is gonna be pretty busy. I'll probably check Jesse Marchant and Methyl Ethyl if I can pull off both in the same night, Benjamin Francis Leftwich on Wednesday, and maybe The Regrettes or The Brother Brothers on Thursday. Then this weekend is Adams Avenue Street Fair and I'll be working a show on Saturday night. Lots of great stuff happening this week. Full listings are after the jump.

KAABOO 2019 was sold out and is in the books and from my IG feed, looks like everyone had a great time despite San Diego being in the high 80s and low 90s alll weekend. Following up, KAABOO has already announced 2020 dates--September 18-20, 2020 and has super early-bird Hang Loose passes on sale for $199. But the biggest news is that the festival will be ditching Del Mar Fairgrounds and heading to Petco Park. I'm sure all kinds of people have all kinds of feelings about that, but with the numerous options for public transit to downtown, to me this would definitely make me more inclined to forget my festival aversion and jump on the KAABOO bandwagon. To be seen. I mean, I have a year to figure it out. In the meantime, 2020 tickets are available here. 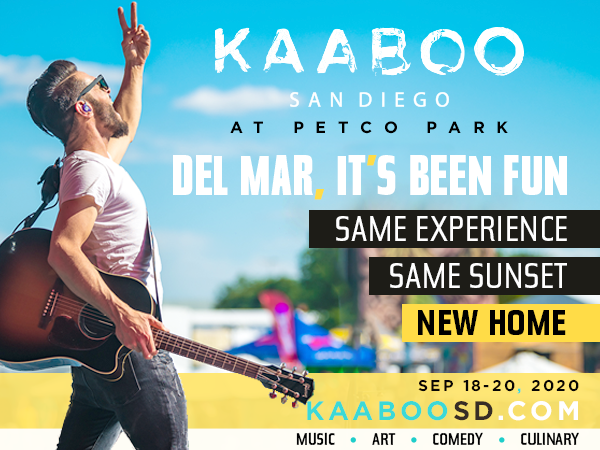 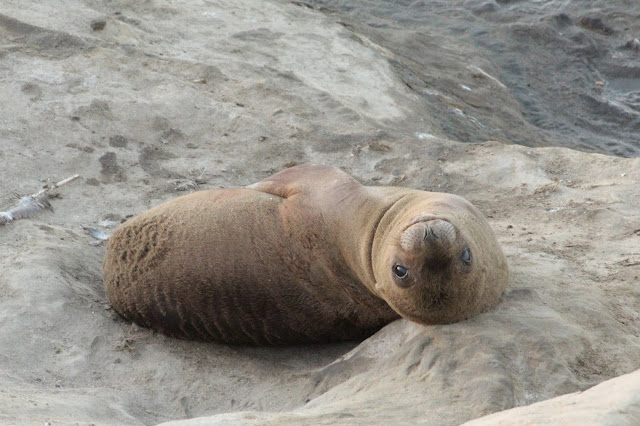 Besides all my computer chaos, it was a pretty great week. I caught Bleached and The Paranoyds at the Casbah on Thursday, on Friday, Jeff and I had an amazing dinner at Louisiana Purchase and went to see Band of Skulls at the Belly Up, and on Saturday me, Nova and Darren went to La Jolla Cove for some snorkeling, and then on Sunday we went to my parents house to celebrate my dad's 71st birthday, and Monday I dragged my reluctant dog to the beach while Nova was at practice. This week is pretty low key. I might try to check out Greg Laswell at the Belly Up and Jake at the Casbah on Friday, but otherwise will just blow where the wind takes me. Full listings for the week are after the jump.

The Magnolia Set To Open This Week

LiveNation's new entertainment venue, The Magnolia, opens its doors this week in El Cajon. There will be a grand opening ceremony tonight at 5pm. On Thursday the 12th, Queen Nation and Idol X will play the first show, followed by Countess Luann and Friends on Friday, September 13th.

As part of the beautiful renovation of The Magnolia, fans can expect to enjoy events of all kinds, including use of the outdoor plaza and venue grounds! From movie nights to beer festivals, food trucks, street fairs and more, the venue will showcase different events all year-long, bringing together our community and visitors to experience a new level of entertainment in SoCal. 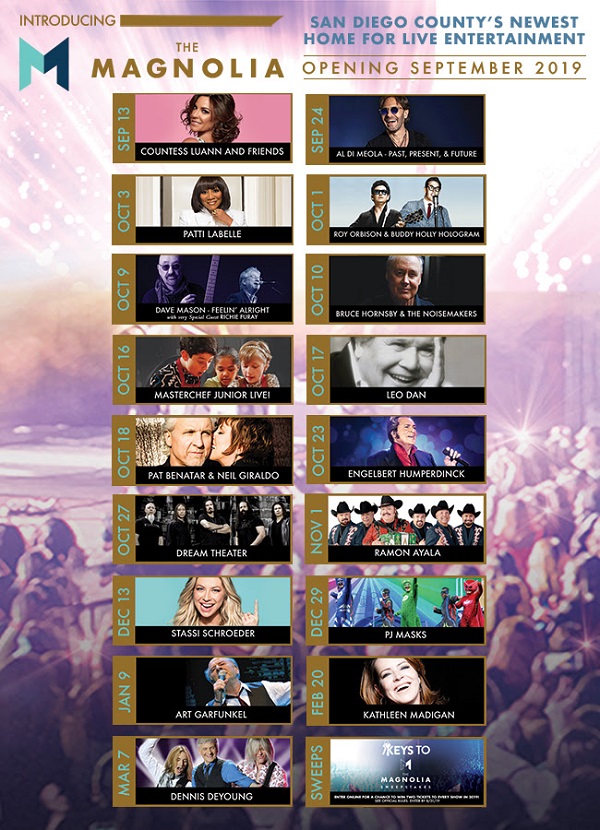 Email ThisBlogThis!Share to TwitterShare to FacebookShare to Pinterest
Labels: livenation, the magnolia

I was having a pretty fun time trying to follow the clues for ALT949's Not So Silent Night bit today they've finally revealed the lineup. I got three out of the six (Shaed, White Reaper, Winnetka Bowling League) but wasn't even close on the other three (Neon Trees, Local Natives, Half Alive). 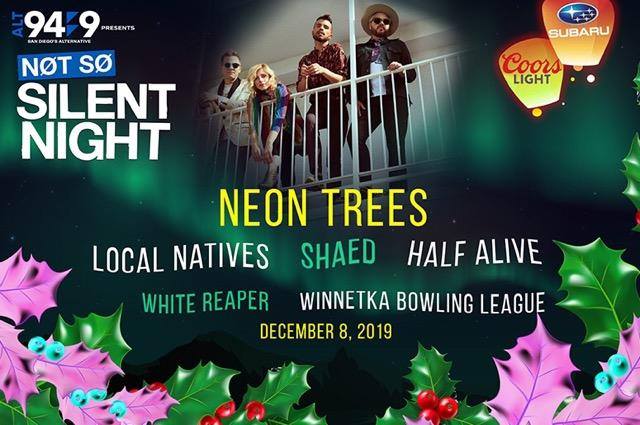 
I have had a hell of a weekend. We went snorkeling, chilled out, hung out for my dad's 71st birthday, and I thought it would be low-key and I would get ahead of email and social posts for work and get caught up when, BAM!, I got a FINAL NOTICE from Photobucket that they're switching to a subscription based model and all photos over their free limit would be deleted by Monday, September 9th. I wouldn't have noticed, to be honest, because my original account is linked to an email that is just chock-full of spam which I never read. So I missed months of such notifications. However, I had a second account affected, too, which is when I took it seriously. More of my woe-is-me  tale after the jump (and actual stuff I'm reading and watching) 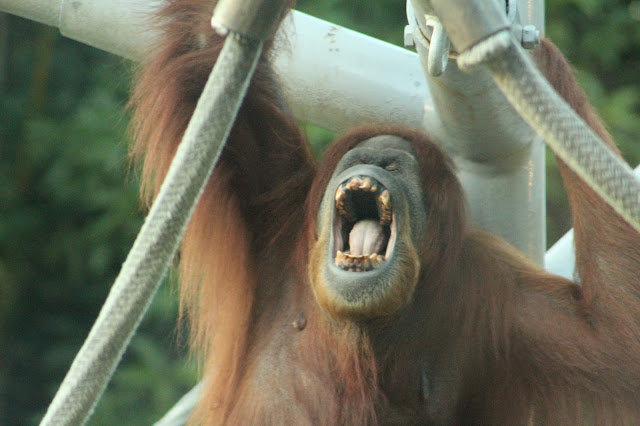 My birthday month is finally here! Me and Indah are super excited about that. Let's run through the week...on Tuesday I went to Bryan Ferry and then caught Mal Blum at Soda Bar. Wednesday is my evening to check out the sea lions while Nova plays soccer, and Thursday I went to Darren's soccer game, then caught The Bird and the Bee at Casbah. We went to the Zoo on Friday and then again on Monday for the final night of Nighttime Zoo, and in between Nova had her first soccer tournament of the season and we went to the tidepools (Saturday) and snorkeling the cove after Sunday. And last night I caught Local Natives and The Melvins. So yeah. Summer is very much still alive around here. Full listings are after the jump.

Email ThisBlogThis!Share to TwitterShare to FacebookShare to Pinterest
Labels: california, san diego, san diego music blog, things to do, things to do in san diego

Last week, The Irenic posted a dreary message on their Facebook page:


After nearly six years of opening the doors of our church to host All-Age events for the North Park Community, The Irenic has been ordered by The City of San Diego to cease operations, effective immediately on September 1, 2019. We believe that this order is a violation of our rights as a faith community to use our property to both bless the community and generate income to support our ministry, and are seeking legal counsel on how to proceed. It is our sincere hope that we will be able to begin hosting events again soon. We encourage you to reach out to Councilman Chris Ward's Office and Mayor Falconers Office to voice your support for The Irenic. Thank you so much for your support.

Now, obviously I work for the Casbah and as such have worked the door for our events at the Irenic for many years now, but I have no inside information about this news. I will say my own opinion, which is that it sucks, and not just because of the lost income it means for me and our staff. There's been a neighbor hellbent on getting the venue shut down and fuck that guy. He allegedly called the police for EVERY. SINGLE. SHOW. I hear this is from Code Enforcement, but am sure Mara "Fun-killer" Elliott had a hand, as she seems to be chasing everything that makes this city cool, from shutting down Nova's derby facility with just 72 hours notice (and thus ending her derby involvement altogether) to resurrecting issues at the Observatory long thought to have been resolved and now this. It sucks. The Casbah has 10 shows with no home should the issue not be immediately resolved. Looking at Soda Bar's calendar, they also had at least 10 shows booked through the end of the year.

Update:
Casbah is working diligently to move all the previously scheduled shows. The sold-out Phora (10/13) show has been moved to House of Blues and with additional capacity means more tickets are on sale. Benjamin Francis Leftwich (9/18) has been moved to the Merrow, which unfortunately means this is now a 21+ show. Casbah will be making announcements as shows are moved.

Everyone has been covering this story, so here are some links: