Wednesday Night at The Casbah: J Mascis and Luluc

After hearing the new J Mascis stuff all over XMU, I can't believe tonight's Casbah show isn't sold out, but you know, we're San Diegans and we never plan ahead and we don't subscribe to satellite radio and we only care about a show AFTER it is already sold out. Whatever. Tickets will be available at the door tonight, but it's only two bands, so don't be late because J could start as early as 10:30. If you want to be on the safe side and buy advance tickets, grab them here until around 6pm.
I'll be there after I'm done working at Hot Water Music at The Irenic (which is a REALLY early show...I don't have set times but shows END at 10pm, so do some reverse math and figure it out. Doors at 7pm.) 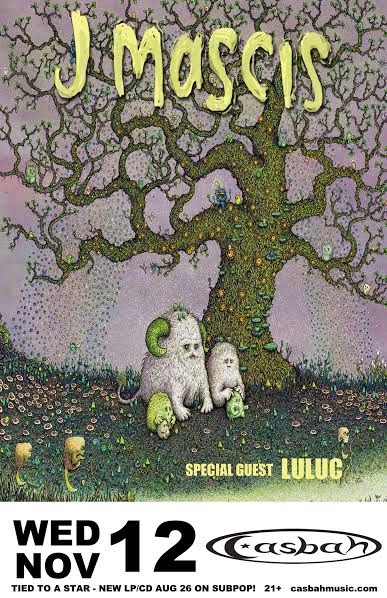