Darren and I decided to take a little staycation in Tijuana this week, which I guess is now a tradition since we did the same last year. I decided it was worth a post because we made some new discoveries and since my method of Googling + screenshots whenever we were in wi-fi seemed to be challenging, maybe if nothing else, I can refer to my own post next time we head down. 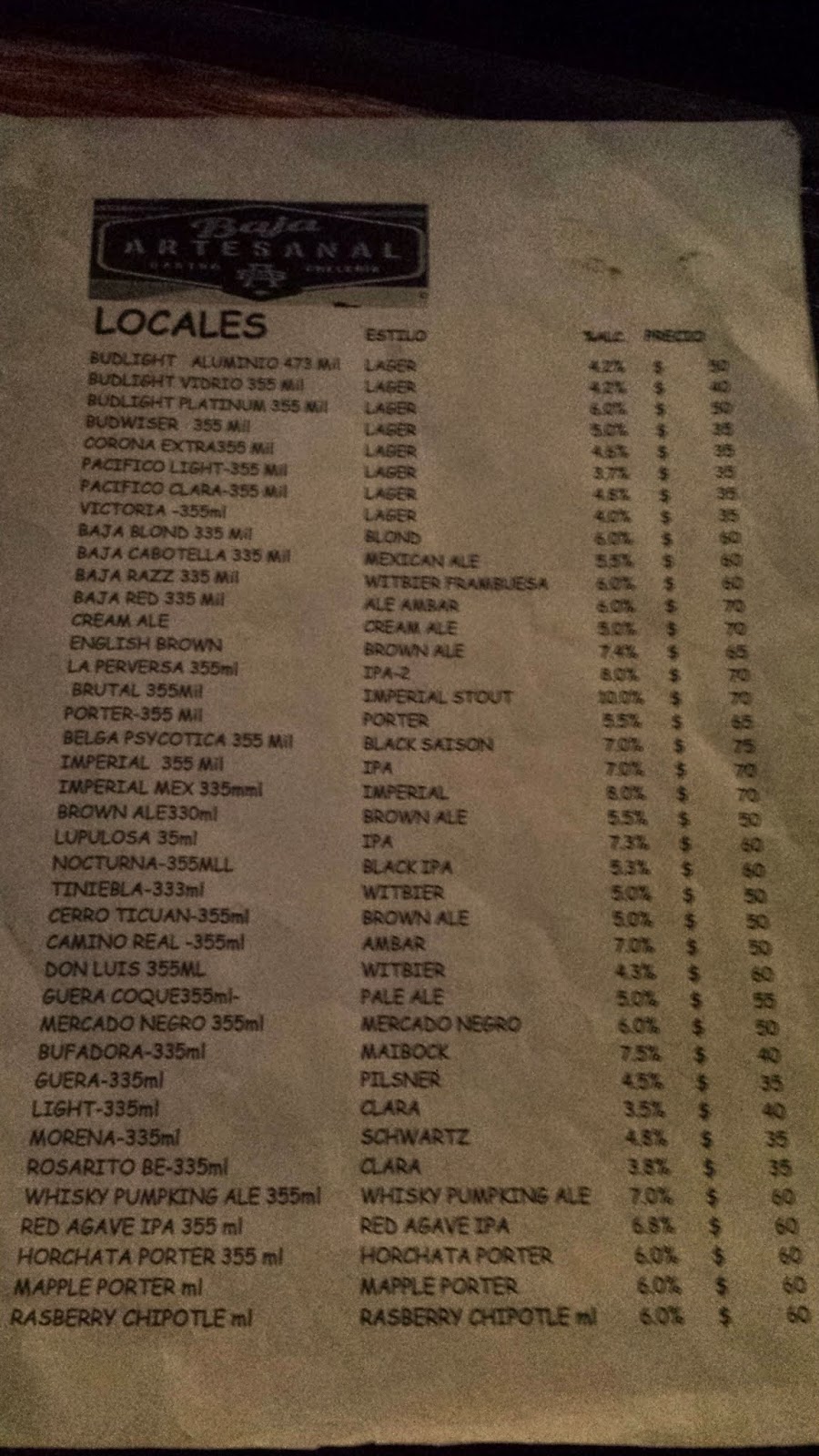 It was easy enough parking at my Mom's in Chula Vista, then catching a Lyft down to the border. We walked across and caught a cab to Revolucion. Usually we'd walk, but it was freezing. Hotel Caesar's is still just $37/night for a room with a king bed, so we paid for two nights, just to be safe. The rooms are nice, but you want to bring your own shampoo/soap and the towels are on the small side, too. We arrived around 7pm, and being New Year's Day, a lot of places were closed, so we just wandered south on Revolucion admiring the art on all the shuttered garage doors, hoping I could navigate us to Lupita's, a diner I used to go all the time many years ago. Instead, we found an open taqueria, Tacos Polo (Ave Revolucion 1928), and slammed several mulitas and street tacos. Back on the wi-fi in the room, I came across this post, by SD Hop Addict. I've been to BCB before, but nobody answered when we called, so we called Baja Artesanal which assured us they were open. It's a bit of a cab ride to Galerias Hipodromo, but it was worth it because this place had a great selection of craft beer (and a few non-craft, too) and the servers were super nice. We loved the Lupulosa by Cerveceria Insurgente and took a couple bottles to go. We headed back to Revo, had a couple drinks at Dandy del Sur and called it a night. 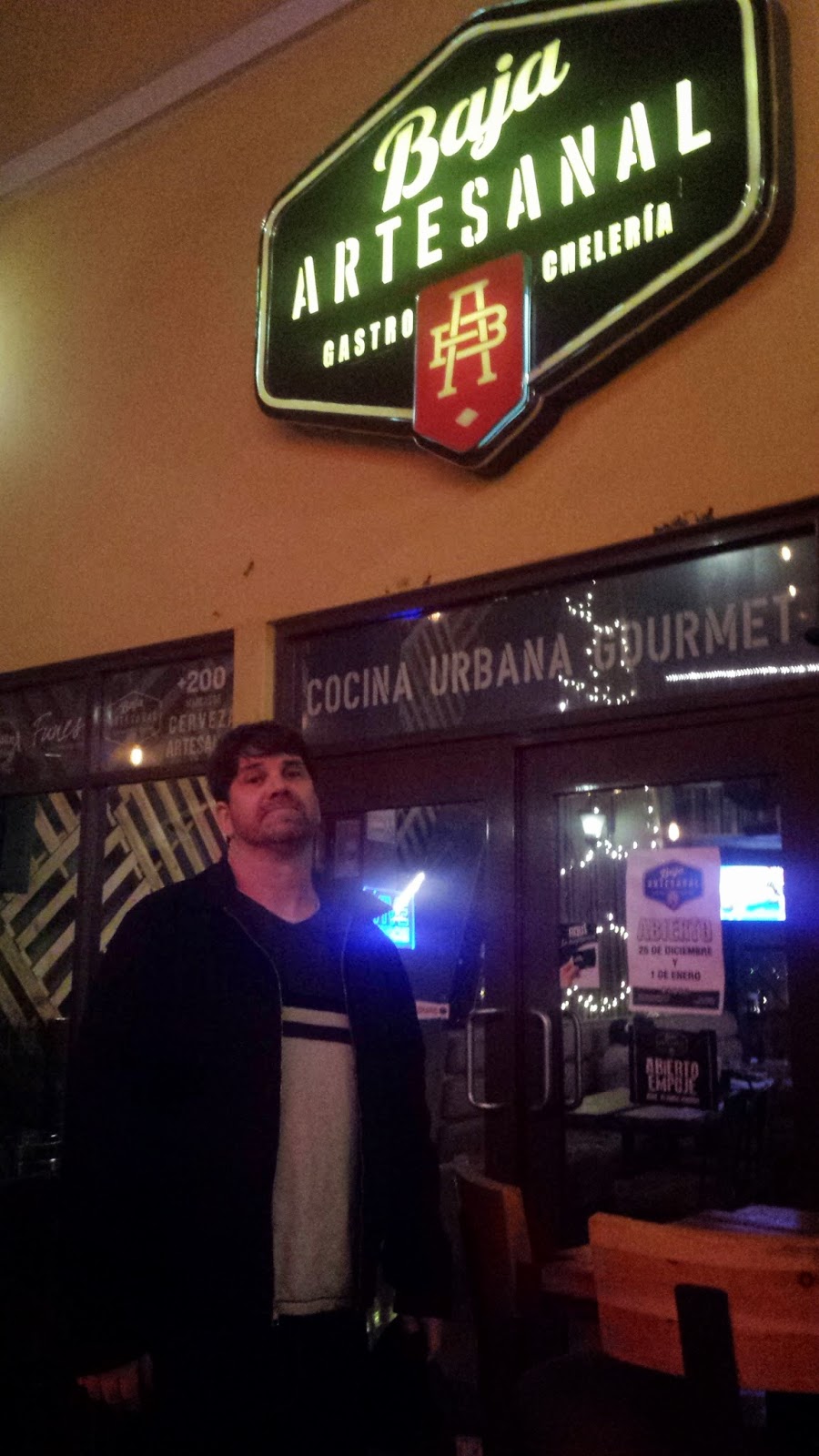 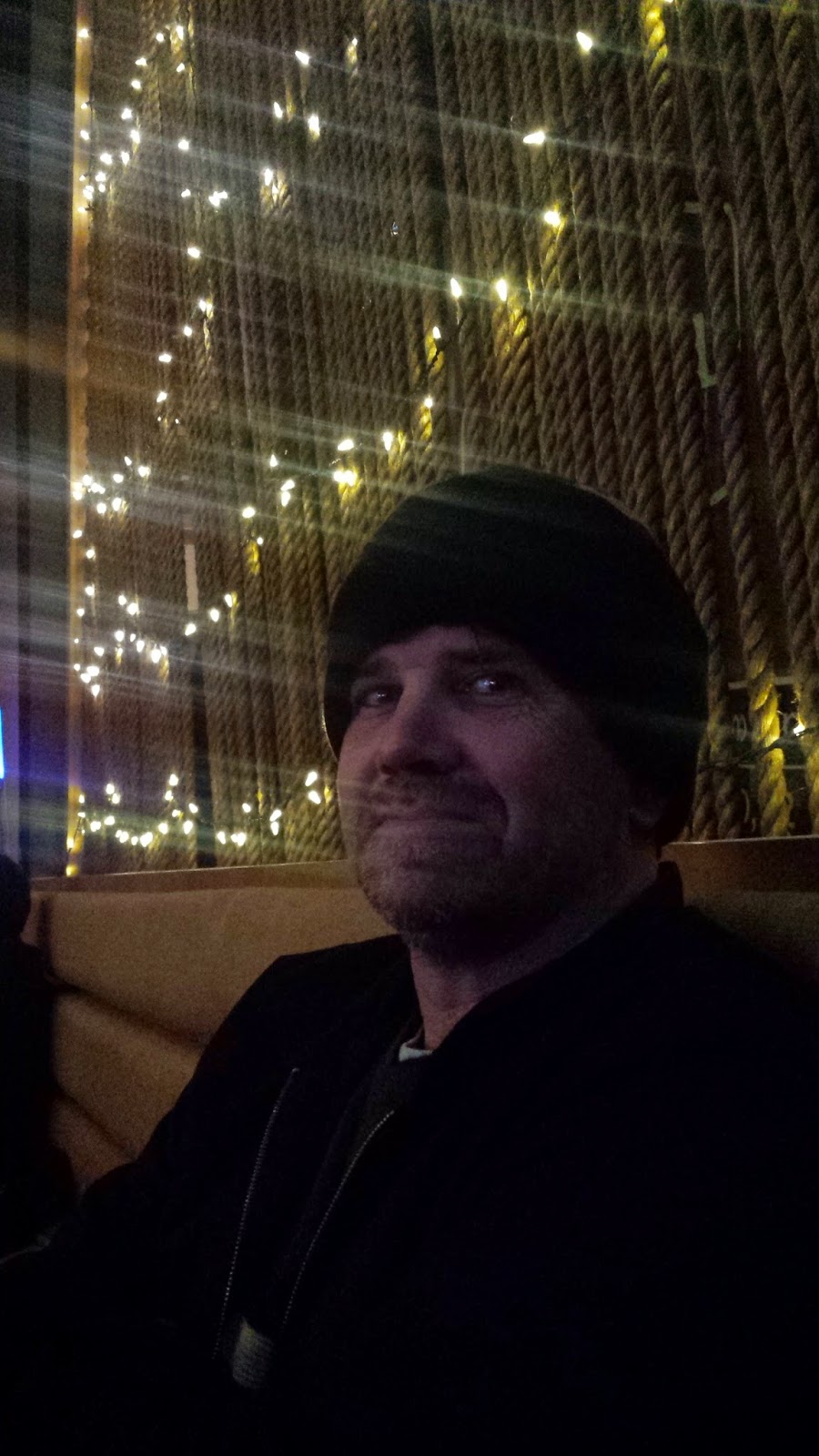 Andrea recommended Tia Juana Tilly's for breakfast, and though it's one of the more touristy spots on Revo by night, we enjoyed our chilaquiles, eggs, pancakes, and endless coffee. We had no particular place to go, so we cruised some shops, wandered some side streets, and eventually made our way to Pasaje Rodriguez to grab some more shirts from Mexican Fashion. We couldn't find Mamut, which just a year ago was a nano brewery in the same alley, so once again we searched and found a new address, Calle Carrillo Puerto 8161 (Calle 3RA, just west of Revolucion). Talk about growth! The new Mamut is up a staircase between a couple farmacias and torta vendors, just past the cheese shop. It has grown into a huge space, with a service bar at the top of the stairs, a wing with a massive wood fire oven and kitchen service counter, and an outdoor deck with several tables. We had the Red IPA, and it was good we did because when we returned later that evening, they had sold out of it.


Later in the afternoon, we caught a cab to Las Ahumaderas- Tacos Las Paisas (Guilermo Prieto 9770, Col. Gabilondo) and we bought some tacos for our cab driver, too, who helped us find BCB (Orizaba 3003) when we were finished gorging on Samurai and mulitas. At BCB we had a couple great beers, but it was freezing inside the building, so eventually made our way back toward the hotel, and had some mezcal (and crickets) at La Mezcalera (Calle 6ta 8267). Growing up, we went to Tijuana a lot, and my family always ate Tacos al Vapor from Cafe La Especial. The restaurant is no longer in its old location, but there's a little spot, it looks like a movie theatre box office, where you can still buy the vapor tacos. We grabbed a couple, went into La Justina (Revolucion 926) where they served craft beer by the bottle, and then decided we'd get more tacos al vapor, head to the room and get ready to head home. It was only about 7pm, and we checked the border wait and it was at 100 minutes. So naturally, we crashed out in our room for longer than planned, checked out of our room at midnight, then crossed the border when there was no wait at all.

It was a pretty great little jaunt, and I'm grateful for Turista Libre, and friends like Kristian & Carrie, and Larry & Lydia, and Miguel, and Andrea & Chad, who always post their TJ adventures. Hopefully this is the year we can make a better effort to head across he border more frequently.
Posted by Rosemary Bystrak at Sunday, January 04, 2015