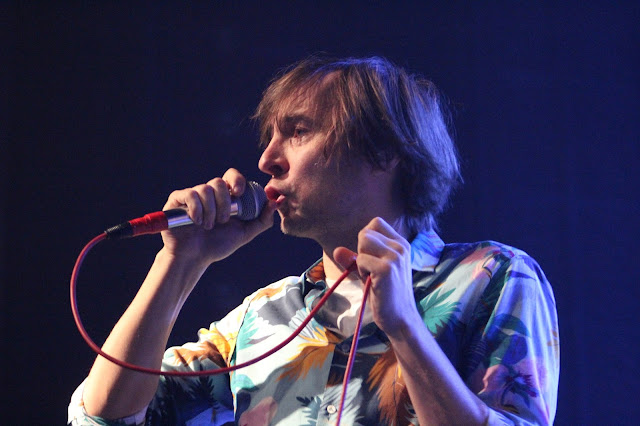 I've been with Darren for six Christmases and while I guess I knew he loved Phoenix, it wasn't until I was granted one ticket to the show on Saturday night that he expressed just how much he loved them. "They're my favorite band, EVER," he kept saying (but so is St. Vincent, Tune-Yards, Little Dragon, Deerhoof, and on and on). Still, I was feeling pretty guilty for being there without him on Saturday night, but amazingly I mentioned this to fellow photog Kaitlyn right before we went into the pit and she magically produced a spare. Within 10 minutes he was at the venue and got to see the show...a true Christmas Miracle (just kidding). But it was an amazing show in the same week we got to see newcomer Alex Lahey who was also fantastic. The rest of the week was pretty standard...Nova had all star practices and then just like last year, our league got slaughtered in the All Star tournament. The girls were good sports and didn't seem too broken up about it, but it was a little painful to watch and not be coaching. I worked at the Irenic for AJJ and Sales, too, which leaves us with just one more Irenic show this year. This week is kind of the last week before full blown Christmas chaos kicks in...Darren's family will be visiting next week and the week after that Nova will go back to St Louis until after the new year, so it was about time we decorated our tree and got the lights up around the house. If you're in the spirit, the Hipster Holidays channel on Pandora is pretty great and I'm working my way through just about every Christmas movie on Netflix. Tuesday through Sunday listings are after the jump.