Soooo, I've mentioned that I'm now officially working for The North Park Theatre, and today we are announcing our first show! Be sure to like the page on Facebook and opt-in to "get notifications" if you want to see announcements in your feed. 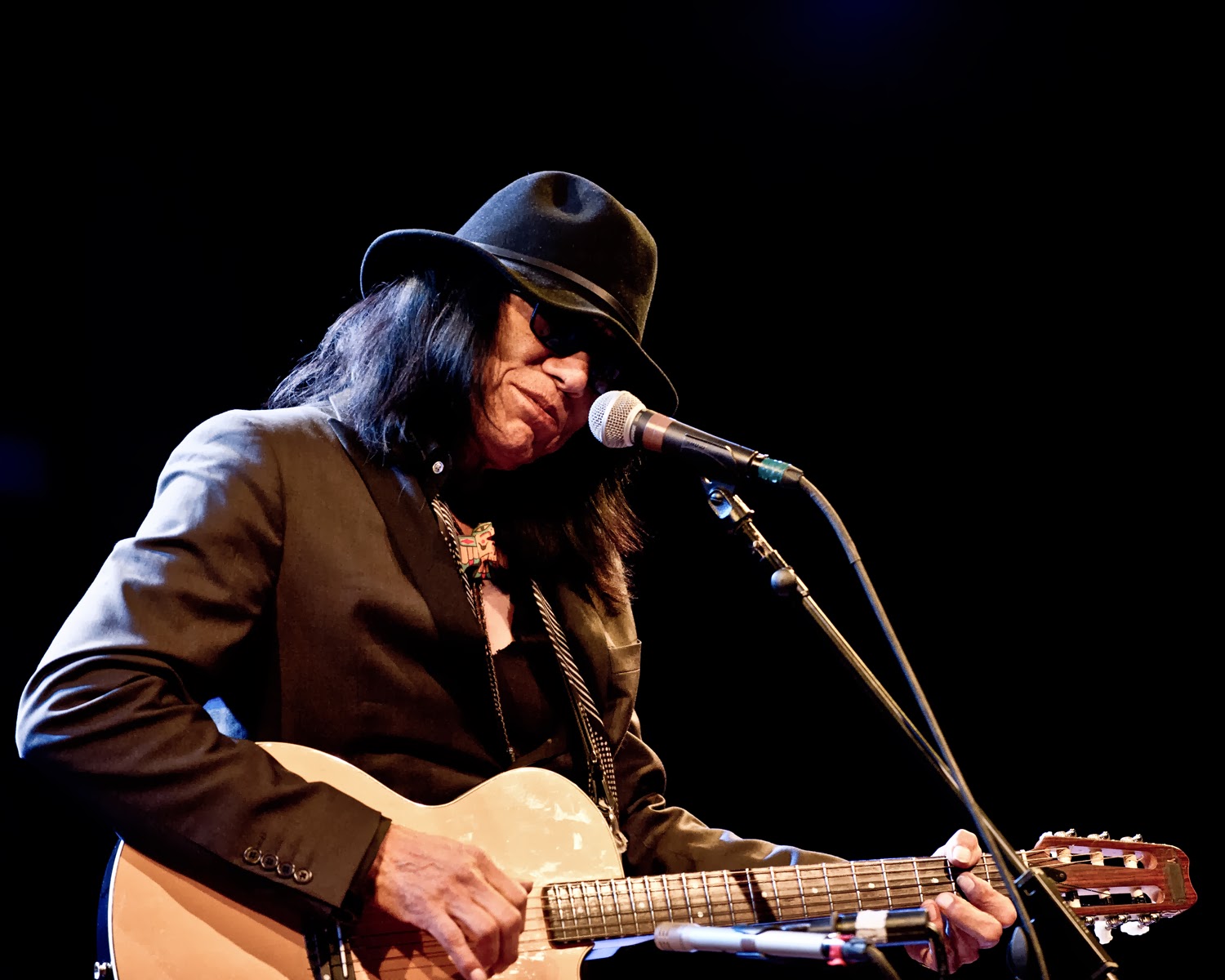 The North Park Theatre is proud to announce its inaugural concert under new ownership with acclaimed folk singer Rodriguez. As featured in the 2012 Oscar-winning documentary, Searching For Sugar Man, Rodriguez lived a blue-collar life in Detroit while two record releases, considered unsuccessful stateside, made him a folk hero in anti-Apartheid South Africa.

The North Park Theatre, under the ownership of David Cohen, Bobby Jones and the Verant Group, offers an unmatched concert experience in San Diego, with a standing room capacity of 1100, unobstructed sightlines, and state-of-the-art sound, lighting, and production. In partnership with the expertise and booking of Tim Mays of the Casbah, the theatre will host live concerts of top-caliber touring musicians, while offering a variable floor plan that can accommodate seated and standing shows of varying size and configurations.

Rodriguez tickets are $40 for general-admission standing. The venue is also offering $100 Gold Circle Tickets, which includes two cocktails, and reserved front-of-house seats. Tickets will be available at http://www.TheNorthParkTheatre.com. This is a 21+ show with full bars available throughout the venue. Doors will open at 8pm.


Biography for Sixto Rodriguez, a musician professionally known as Rodriguez

Rodriguez, the legendary singer-songwriter known only by his surname, is a self-taught guitarist. He began performing in bars and clubs around the city of Detroit in the 1960s, as the city suffered post-industrial urban decay. It was there that he recorded two studio albums, Cold Fact in 1969 and Coming from Reality in 1971. These compositions went unnoticed in the U.S. and Rodriguez eventually turned his efforts elsewhere, earning a bachelor's degree in philosophy from Wayne State University, running for political office and working construction and factory jobs to support his family.

In the mid-1970s, his music gained airplay in Australia and New Zealand and he toured the area finding limited success as an overseas performer.
Rodriguez was unaware that he had reached legendary folk-rock super stardom status in South Africa, where mistaken rumors circulated that he had perished. As it turns out, South African anti-Apartheid activists and musicians alike were inspired by his counterculture lyrics.

In the late 1990s, South African fans finally sought him out, leading to the unanticipated renaissance of his music career. Their story is told in the 2012 Oscar award-winning documentary, Searching for Sugar Man, which has given Rodríguez a new measure of fame in the U.S. and his music is now reaching audiences worldwide.

Rodriguez now tours extensively in South Africa, Australia, Europe, and the U.S., where he takes thoughtful appreciation in greeting longtime fans, and a new generation of listeners who find common ground in his music. His albums, Cold Fact and Coming from Reality have since been re-released on Light in the Attic records and the Searching for Sugar Man soundtrack is available on Sony Legacy. International media attention and accolades have since been bestowed upon both the film and the music.

He has perhaps one of the most unique true stories of fleeting fame finally realized. Rodriguez is enjoying the collective heartfelt dream of a musician, beating the odds and finding a place in music history. With a music career that has withstood the test of time; the story of Rodriguez is one of sweet success.
Posted by Rosemary Bystrak at Tuesday, March 11, 2014