Thursday Night at Bar Pink: The Mackshow vs Inazuma 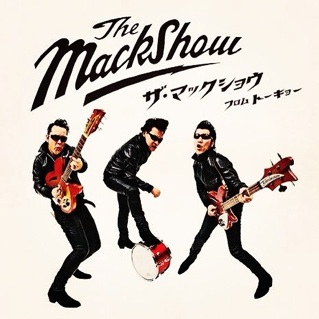 My good friend Dang from Bar Pink alerted me to a last minute booking for Thursday night. Then Kenny (from The Dragons, The Bronx, Mariachi El Bronx) sent me a text telling me I have to go.

Kenny says, "SD friends and rockers! My friend's band from Japan, The Mackshow added a show in SD at Bar Pink on Thursday! Early show from 8-10pm and FREE! Call your babysitters now! It's a rare chance to see them at such an intimate setting! If you like the Backbeat soundtrack, early Beatles, 50s R&R - go see them! Opening is another LA's crazy Japanese R&R band Inazuma!!"

THE MACKSHOW LIVE IN CALIFORNIA : Update news! INAZUMA vs THE MACKSHOW

The Mackshow, who represents Japanese Rock and Roll nowadays finally will have shows in California, United States. Let's Twist and Shout together!