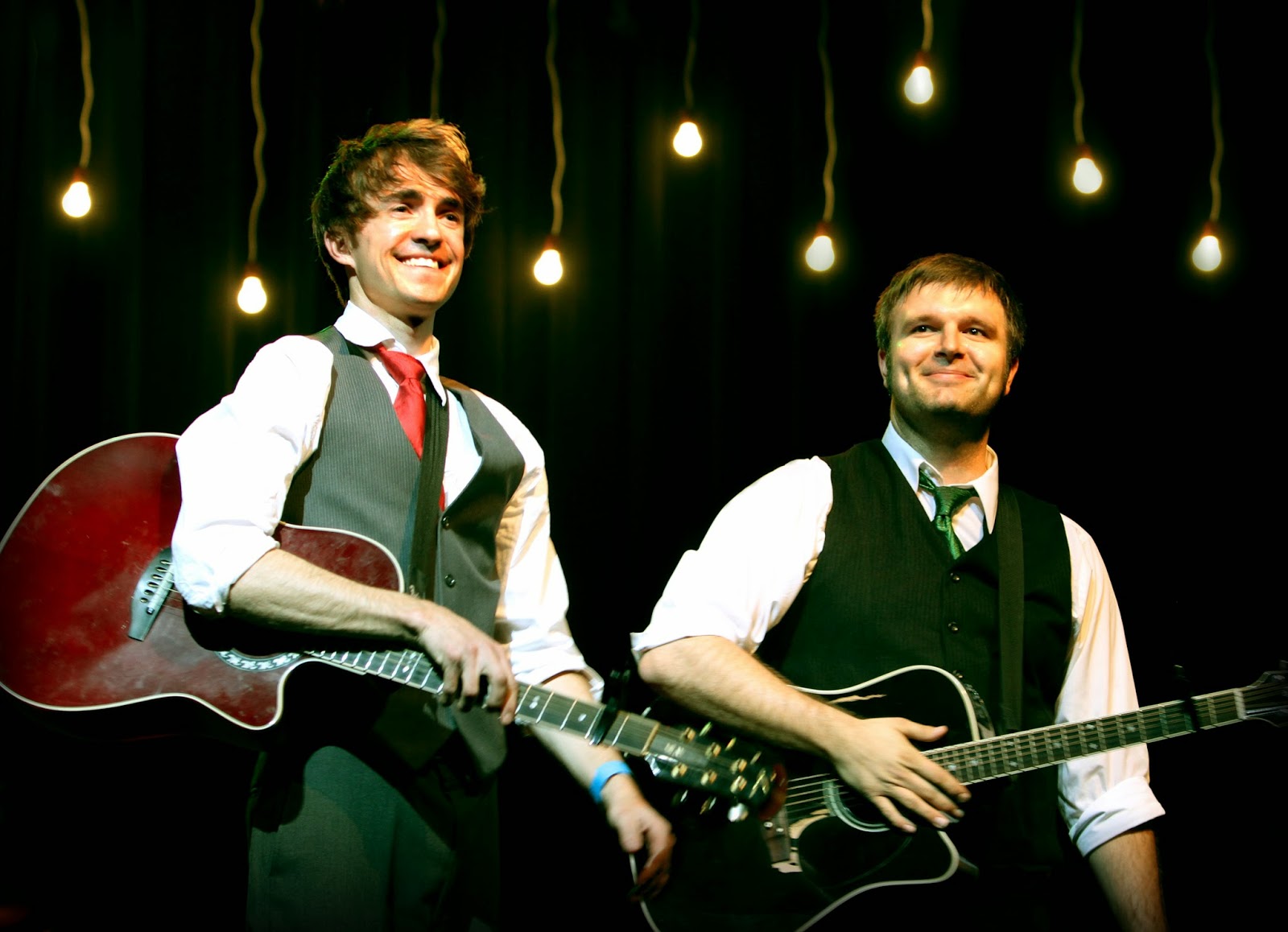 The music industry is about to get reintroduced to one of the best folk duos on this side of the Mississippi. Ryanhood, comprised of Ryan Green and Cameron Hood are finally coming back to San Diego after a three-year hiatus.

I’ve had the opportunity to play with these guys twice, and both times they have blown my mind. Not only are they some of the kindest guys in the music industry, they are also incredibly talented. Between Cameron Hood’s passionate lyrics, songwriting skills, and dimples, and Ryan Green’s amazing musicianship, songwriting skills, and “you-got-every-dollars-worth-out-of-your-dentist” smile, Ryanhood has all the tools necessary to be regulars on television and radio.  Seriously. Listen. Those harmonies…. They’re crazy good. --Listen--> Second City

They’ve shared some of their struggles with me in the past and it’s the same middle-class struggle that many bands face. For those of you unfamiliar with this story, let me give you the “cliff notes” version-

1. You start a band.
2. You write good songs.
3. You start playing gigs.
4. You get noticed.
5. You start opening for big bands. (In Ryanhood’s case, we’re talking about Jason Mraz, Matt Nathanson, Train, Lifehouse, Kelly Clarkson, and even Jay-Z)
6. You realize the “glamor” of the music industry isn’t all it’s cracked up to be.
7. You need a break.

“We were interacting with these well-established, major label acts backstage, but many of them just seemed unhappy and lost,” Hood recalls. “I remember thinking, Man, they’re on the kind of tour we’ve always wanted to be on, but it doesn’t seem to be making them happy.”

“For a long time, we were feeling like that was happening to us,” Green says. “It was all about this theoretical destination in our career, and not about being where we were, and who we were. We needed to step away and rediscover those things.”

That’s where they were… but now, they’re back, and excited to be playing at Lestat’s on June 8th with their good friend and hard working troubadour, Owen Plant.

I hope you can make it out and support these guys. Seriously… look at those smiles!!!
Posted by JoshDamigo at Tuesday, May 27, 2014