Yesterday, we had a big Casbah announcement with Drive Like Jehu on April 7. We didn't send a newsletter or alert the media, we relied on a few simple Facebook post and tweets and a little post on my site- which I did on the sly while sitting in a festival meeting. The show sold out in about an hour and of course, we always take some heat because obviously there are more people who want to go to a show than can actually fit in the Casbah. So I'm here to tell you there's a second show, on April 14. This is the same night as Father John Misty at The Observatory North Park (which itself is very close to selling out) and Built To Spill at The Irenic (also very close to selling out). Again, there's a two ticket limit.


Drive Like Jehu at The Casbah
April 14, 2014
Tickets on sale at noon
SOLD OUT!!
BUY TICKETS NOW 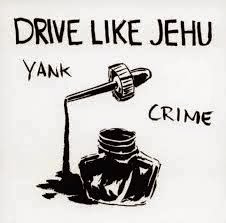