Future Islands have been steadily blowing up. In 2011, they played a sold out show at the Casbah, and then when "Seasons Change" came out, they really blew up. When they finally returned to San Diego, the show sold out super fast and was packed nuts to butts when they performed at The Irenic. I have to say I missed that show because we had a sold out Lake Street Dive show at The North Park Theatre, but the hit song ended up in numerous top tens, including taking the number one spot on Sirius' XMU countdown.

The band is returning to San Diego in September, with a 21+ show at the Observatory North Park on 9/23. The show doesn't go on sale until Monday, April 6, however if you have an American Express Card, you can buy tickets now. I'd pat myself on the back when this one sells out and tell you that I knew it would, but honestly, it is pretty obvious, it's just a matter of how fast that happens. Don't wait to grab tickets. 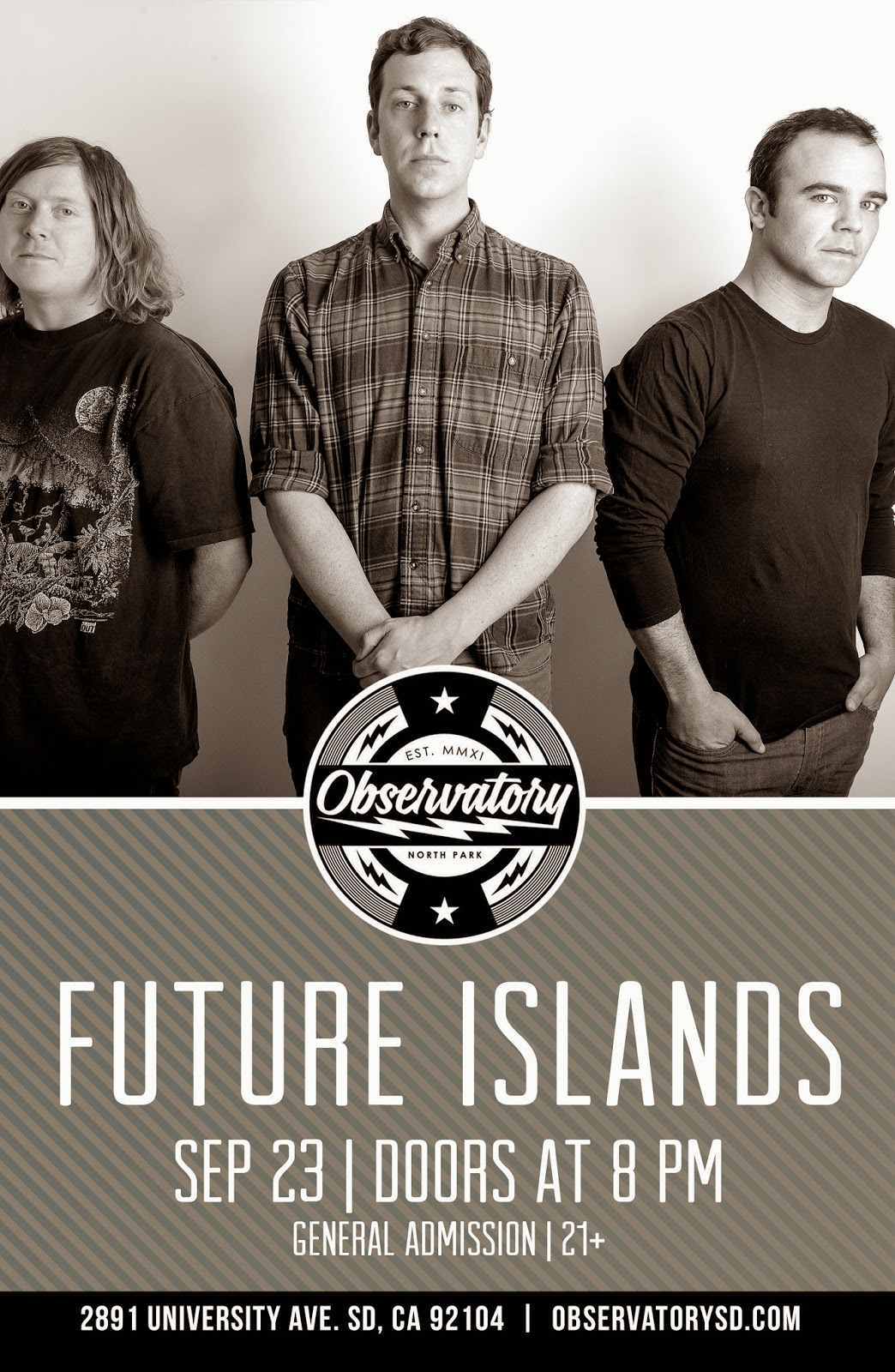