I have to say that coming back from a vacation, even a short weekend jaunt, was transitionally challenging. I had no desire to read emails or open my laptop, no desire to tweet or snapchat or facebook, but it's all part of the job so I sucked it up until I was back in the routine. I did enjoy going to see Ray LaMontagne, and on Thursday we had fun taking Nova to see Local Natives. Friday we grilled out and my sister dropped by with the girls which was pretty great. She took Nova for a slumber party so Darren and I could check out Adam Ruins Everything at Music Box and then catch SoundDiego Live at U-31. We also got to watch Nova in her first real soccer game (our girls got crushed), and I worked at the Irenic for This Wild Life. To close out the weekend, we spent the afternoon at Belmont Park for a birthday party, then spent the evening with Nova's maternal Great Uncle. So yeah, not exactly relaxing but what can ya do? I guess there was a lot of fun at KAABOO, but realistically, as long as they keep booking it on this particular weekend of September, I don't imagine I'll ever be able to pull the trigger.
There are a million amazing shows coming up, Adams Avenue Street Fair is this weekend, and the countdown to my 40th is in full force. Monday through Thursday archives are after the jump. 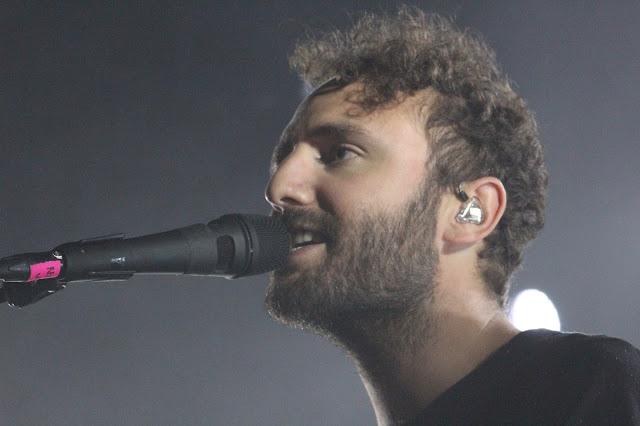