Tucked away in the heart of Kensington lies one of San Diego’s best kept secrets, Singing Serpent Studios.

Singing Serpent is a recording studio that doesn’t necessarily focus on making albums (though it does boast a very impressive list), but rather specializes in crafting original music and sound design for commercials. Their extensive list of clientele includes brands such as Google, Nike, SafeAuto, Jack Daniels, Volkswagen, and many others. In addition to the San Diego location, Singing Serpent also has branches in Manhattan, New York and Richmond, Virginia.


Whether it was during halftime at the Super Bowl, before watching the newest viral Youtube video or in between songs on your favorite Spotify playlist, odds are you’ve probably heard Singing Serpent’s work before. The team of composers at Singing Serpent (made up of local musicians) work day and night to create work that is original and authentic. The Singing Serpent team does not just view music as their nine-to-five––it’s just their life. Even when they're not on the clock, the staff at Singing Serpent are working on writing music and performing around the world. The crew at Singing Serpent consistently work hard to create music that they love, which is why they are so successful at their jobs. While many music houses opt to create a library of songs that companies can pick and choose from, Singing Serpent prefers to have a back-and-forth mentality with clients. This means that every track is unique, thought-out, and specifically crafted for clients’ wants.

They recently unveiled their brand new website, designed by Dizzy Spells Productions, which allows visitors to view Singing Serpent’s past work, learn about the team of composers, and take a virtual tour of the San Diego and New York studios. Following the website’s launch, Singing Serpent opened a brand new branch in Richmond, Virginia, headed by industry veteran, Jon Spencer. 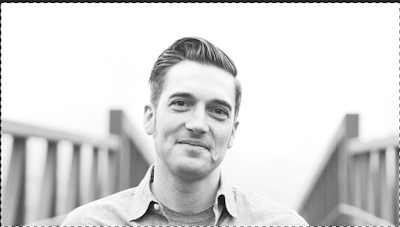 Spencer has been playing music since he was a teenager and has fronted and recorded with renowned bands such as Spitfire and Scarlet. After earning a Bachelor’s degree in Marketing from Virginia Commonwealth University, Spencer served as the Executive Producer and Creative Director for 30th Century Masters, and later as the Executive Producer and Head of Sales for Black Iris Music. During his time at Black Iris, Spencer oversaw many successful ventures such as the Toyota’s “Swagger Wagon” and Geico’s “Hike” ad with Aaron Takahashi. Because of his extensive background and diligence, Spencer has the liberty to work on pieces that go beyond the expectation of a typical commercial. Whether he’s dabbling in comedic Kenny G-esque saxophone slow jams or writing parental raps about minivans, Spencer’s work is consistently striking and always well-received.

If you want to keep up to date with Singing Serpent’s always exciting timeline, follow them on Instagram, like them on Facebook, and check out their new website. Whether it be the debut of work, in-depth interviews with bands, or clips of staff members melodizing and jamming, there is something for everybody on Singing Serpent’s social medias.