Things To Do in San Diego: Monday, September 4 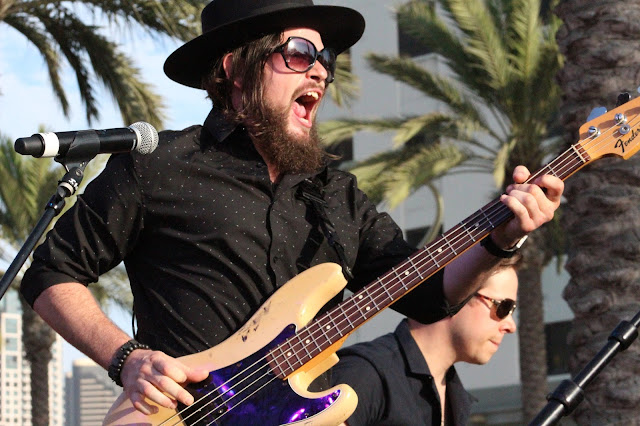 It's hot and muggy and I'm miserable. Actually, not miserable because we have air conditioning in our living room and bedroom, but miserable because I have no motivation to leave the house for any reason. It was a pretty good week, I'm finding myself really looking forward to coaching soccer practices and having fun with the girls. Darren joined an adult indoor league which seems to make him pretty happy. I worked at San Cisco on Wednesday which was a super great show, Friday we went to SDSU to watch women's soccer play USD which was really fun (and free, besides a few bucks for parking), and on Saturday Nova had a birthday party at Waterfront Park while we had tickets to the Taco, Tequila and Beer Festival. The harbor was such a total cluster with the Festival of Sail at the Maritime Museum, US Sand Sculpting Challenge on the entire Broadway Pier, the TTB fest at Lane Field, and construction on nearly every block, we basically drove around, stopped at the Casbah to drop off my things for later, drove back to the birthday party, stayed until 5, then walked to TTB fest just to see The Silent Comedy (the tequila, taco, and beer portion of the event was over) while an Elvis cover act blared from the pier drowning the sound. When a DJ kicked into the mix at Carnitas Snack Shack (really? You couldn't wait for the live music to end?), it was time to go, I was cranky, sweaty, exhausted, and irritated that nothing seemed to work out as I envisioned. And not one drop of beer or tequila. Fortunately, Elliott did come through for me and sold merch at the Casbah because I probably would've clocked someone with my attitude. All that to say, it's still hot and muggy and I have no motivation, so I'm giving you Labor Day listings and will do the rest of the week when I get around to it.