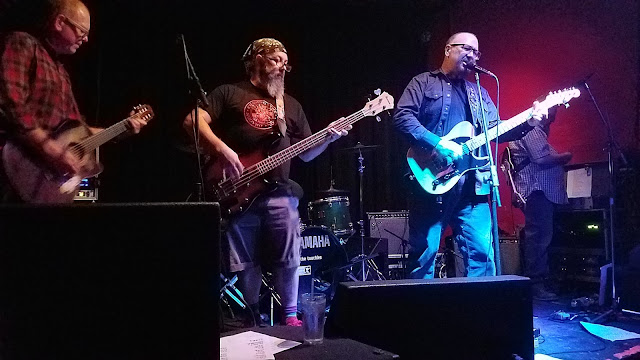 It was a pretty great weekend for sure. On Friday night, I stayed close to home and went to the Ken Club for The Downs Family album release party. On Saturday, we coached our second soccer game and the Blue Dragons won! We got our first win which felt especially great because one of the reasons we decided to coach was because Nova's team was shutout every game last season. Winning isn't everything and all that, but always losing hurts a lot, so we felt a little vindication. After the game, the Juvenile Dollinquents roller derby team had a game versus Southwest (a team of LA and Arizona players) and though Nova is a rostered player, she's still the smallest and youngest on her team and doesn't get a lot of time on the track, but she pulled through in a few jams at the end and the girls held their lead and won. My cousin was down for the weekend, so we all went to my parents' house and just hung out for the night. On Sunday, we went to San Diego Zoo and finally got to check out the awesome new bridge from the treehouse to Elephant Odyssey, and also checked out Africa Rocks, which is open from the bottom with the enclosures open for the African penguins, the fossa, the lemurs, and the honey badger. It's pretty amazing and if you haven't been in awhile, you should definitely check it out. This week has a ton of great shows. Not sure what I'll be at, but The Heavy Guilt, Fleet Foxes, Zola Jesus, and The xx are all in my sights. I'll also be working at Swervedriver and Dan Croll. Plus soccer practices, family visits, and whatever wrenches get thrown at me this week. Archives are after the jump.