On Saturday night, Tower Bar had a show including Whining Pussys, Idiot Bombs!, Ghost Town Gamblers, and Hyperactive Slackers. While mid-set and with Davey Quinn (aka Davey Tiltwheel) guesting on drums at approximately 1:20am, an SDPD cruiser was allegedly hit-and-run by a drunk driver who side-swiped the police car, launching it through the wall. 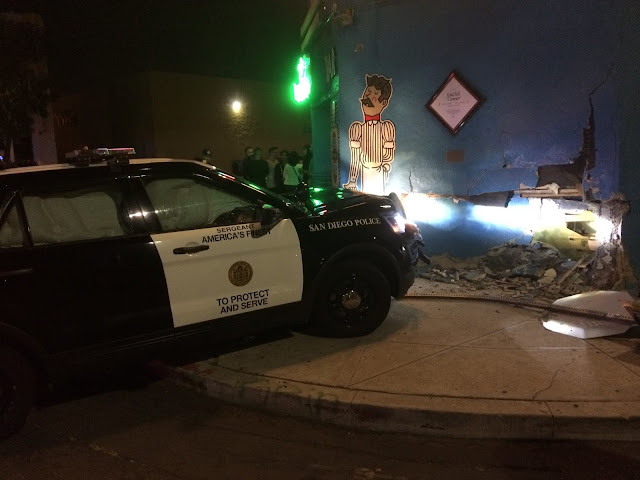 Davey posted to Facebook, "I keep feeling the impact on my back-- like an upright body slam," while Antonio Talamantes posted, "Didn't really sleep at all last night. It was a really close call. I keep thinking about the string of events that happened all week which ultimately put Davey in that location on stage at that time. But he's ok. We're all ok." Later, Davey posted that he did eventually go to a doctor for X-rays and evaluation and while in pain, he is okay.
(Images used are from Davey and Antonio's Facebook pages) 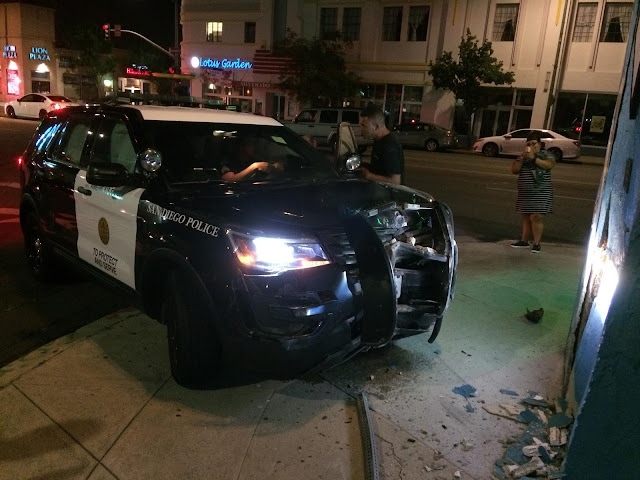 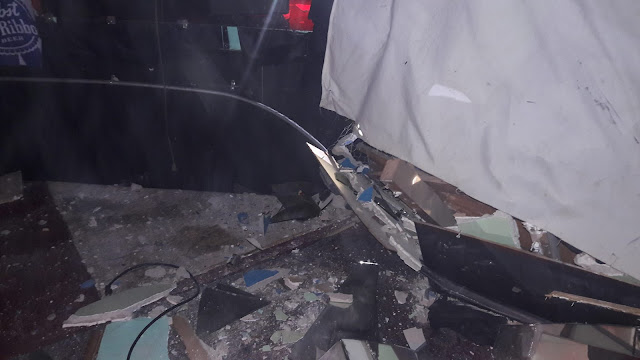 As most people know, a car famously crashed into the Tower Bar in 1964, killing a patron and injuring 7 others. Owners Mick Rossler and Dannielle Cobb were not present at the time of the crash but commented, "Bummer. Cuz we don't have enough going on right now.....Fu**!!," and in explainging the incident,"Someone sideswiped the cop. Pushed him to crash through the bar. Luckily nobody was hurt but our friend was playing drums with his back to that wall when it happened. Luckily he's ok. It's fucked!!"

Like most people in this music community, I love Davey and wish him the best and a speedy recovery. Obviously this could have been far worse and I don't know what we'd do without him around as much for contributions to the scene, but for his sense of humor, and his tech skills that has saved my ass a dozen times. Apparently there will be a gofundme set up to help him cover expenses and lost wages while he heals and recovers. I will post the link as soon as it is made available.

write me an essay online said...