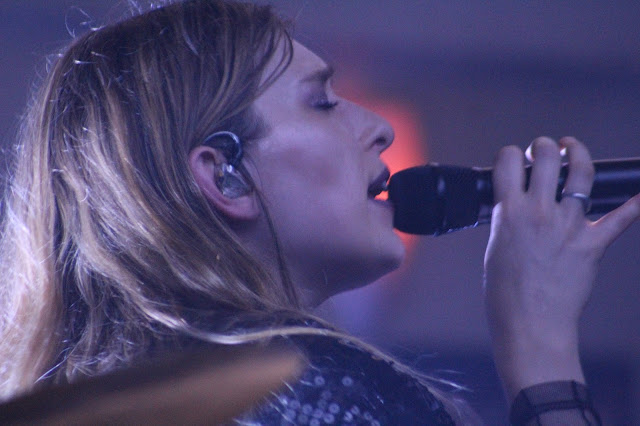 It was a pretty intense week of news with Harvey in Houston, Irma off the Atlantic, and 45 continuing his Reign of Horror, but it was pretty great in San Diego. My weeks are occupied with soccer because our two hour practices take nearly four with the commute, setting up, hanging around waiting for all the girls to be picked up but it's been super fun. On Wednesday, Darren and I were able to escape to catch Springtime Carnivore at the Casbah, but I was beat on Thursday after soccer and didn't make it to see Kolars at Blonde. Friday we were running errands all over town to clear for Saturday with derby and our first soccer game (our girls lost 0-3 but played amazingly with only one sub). We had a nice afternoon at the beach after the game with my sister and nieces, and on Saturday night, we caught VÉRITÉ at Soda Bar and Vallis Alps at Space, and then had a nice afternoon on Sunday exploiting the Balboa Park drinking loophole with friends. This week is crazy busy, even without KAABOO in the equations. Monday is Quicksand at Belly Up, Tuesday is Ottmar Liebert at Music Box , Wednesday is Manchester Orchestra, Thursday is James Supercave, and Friday I'll be working at the Irenic for Cigarettes After Sex (and sadly missing Patton Oswalt at KAABOO), and Saturday is Against Me! Yikes. I'm not sure I'll make 'em all but I'm gonna try. Monday through Thursday archives are after the jump.