It's been a while since I've posted a "newsy bits" type post around here but it seems like there's so much happening that it's time to tell you what I can share of what I know. 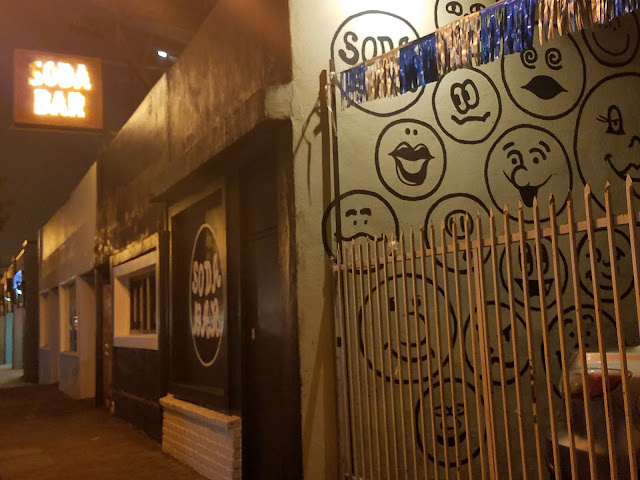 By now, you've surely heard that Tim Mays is now a partial owner of Soda Bar, which he purchased with Cory Stier, Andrew Montoya, and Angie Ollman. Jeff wrote about it for CityBeat and Dustin wrote about it for SoundDiego with the particulars. Obviously I work for Tim so I'll just let their articles do the talking, but I do know that some minor changes have already taken place, like the removal of the pole directly in front of the stage and expect a good interior paint job to spruce it up. As a music fan, this can really only be a good move to continue to bring great up-and-coming acts to San Diego. 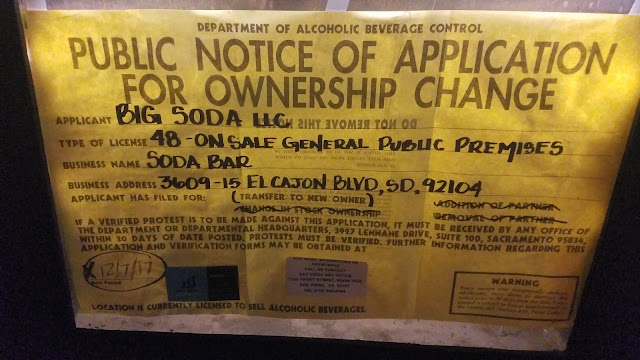 Another part of all of this is that the Irenic posted a press release to their site earlier this month (h/t Josh Krimston) announcing they would once again be hosting shows. As you may have heard, the venue had told us back in 2017 that they would cease to have shows. Unfortunately, even if they're back online, that means a setback of booking because I'm sure we'd already have a dozen things booked between now and SXSW, but keep an eye out for more shows produced by Casbah and Soda Bar. For now, Casbah has moved Enter Shikari from Music Box to the Irenic on  February 25. In the meantime, Casbah added a couple shows at places like House of Blues Voodoo Room and Soma Sidestage to make up for what we thought was the loss of a venue. There is another spot Casbah was looking to get on board that might end up being an all ages alternative if needed in the future.

In other news, everyone keeps asking me what I know about the Observatory after they canceled last week's show with Sweet and Tender Hooligans and then again this week with K.Flay. They've gone radio silent on social media and tend to hold all their information close to the chest, but here's the official line from the venue:


We had to reschedule our K. Flay show due to a brief closure for maintenance repairs.It'll all be finished soon and we will be ready to rock on Thurs, Jan 18th for Big Boi & The Cool Kids.

In downtown news, the Quartyard is almost back. Though I don't know if I'll forgive them for the way they tragically let their potted trees die while they were in storage near the Derby Dollhouse, the stage is back being built out on the corner of Market and 13th, just a block east of their former location on Park and Market. The footprint is much smaller and I'm not sure they'll have all of the amenities as before, but a couple shows have already been booked, including Moose Blood on April 2 and Frankie Cosmos, Ian Sweet, and SOAR on April 10.

Lastly, in case you missed it, George Varga penned an awesome love letter to the San Diego Music Scene in the U-T.  Read the full article here.
Posted by Rosemary Bystrak at Friday, January 12, 2018

And K-Flay is playing an in-store at Tim's record store tomorrow at 3:30.