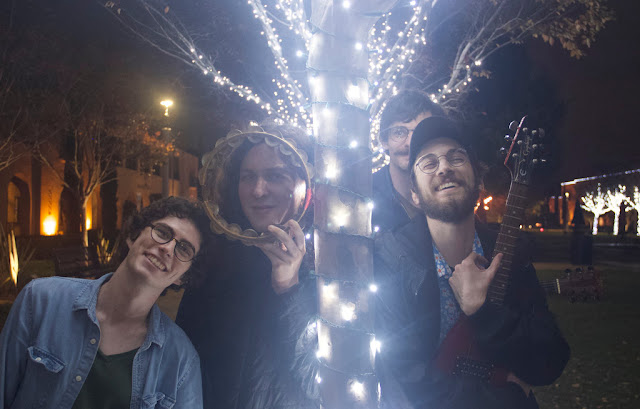 Though there are many events happening on 4/20, considering checking out the Band Argument/Pregnant/Glow!/Chorduroy house show.

Members of local band Chorduroy have recently renovated their living room to include a full stage for artists to perform on. After Chorduroy, Glow! takes the stage. Glow! are a relatively new band on the scene, but are making a name for themselves. They only have one song out, but it showcases the potential that they have for future endeavors. Their single, "If It Were Me", welds together Strokes-esque rock form laden with jazzy chords reminiscent of Steve Lacy. After Glow! comes Pregnant, an esteemed experimental rock group from Sacramento spearheaded by D'niel Trudeau. Their latest full length, Duct Tape, is an adventurous and cosmic record that reads as tonally interesting / dense as an Animal Collective or Ariel Pink record. Aaaand they're even better live! Finishing off the night is Band Argument, a local band on the rise who have set out to fuse DIY rock-aesthetics with trigger-happy MIDI carnage. For fans of Palm, Guerrilla Toss, Deerhoof... In between sets, DJ COLDPIZZA will be improvising self described "portal music" with analog instruments such as a 909 drum machine. 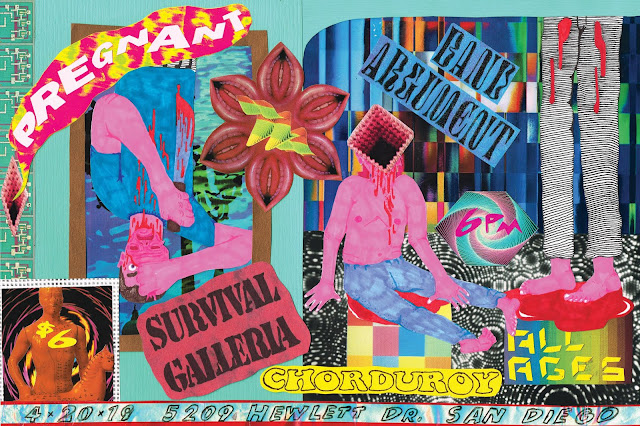