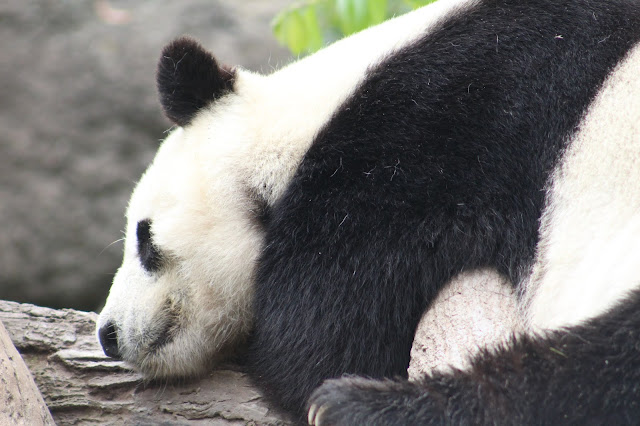 I always think I post all the best things and events, but after doing my listings last week, consulting my 50+ sites and email and Facebook and such, I realized how many non-music things are always going on in town. I've been trying to include general sports stuff at Pechanga Arena, between The Seals, The Gulls, and The Fleet, but with all the film and movie stuff, museums and foundations and non-profits, it's just too much to pack into my listings.

Back to my main point, which was that instead of really reading and watching a ton this week, I got out of the house--a lot--more than my usual, at least. Besides my usual spots and getting Nova to soccer and such, we did the San Diego Book Crawl, I went to see the Sea Lions of La Jolla a couple times, went to the San Diego Zoo twice, went to Sea World to use some free passes I had that were expiring, and then did mom shit like huge runs at Grocery Outlet and Costco. I like to include my dog in some of these adventures where she's allowed, but her leg is still jacked, so I ordered her something called a "hock brace" which, surprisingly, she seems to appreciate for the support. She licked it a little but seems to be cool putting weight on her leg again, which is the ultimate goal.

My watchlist hasn't changed much this week...I'm fully on board with all my Bravo shows--RHONY, RHOBH, WWHL (Watch What Happens Live to the uninitiated,) and the end of the season for Vanderpump Rules. And I hate to admit that I love Very Cavallari on E! and I don't hate to admit that I want to be BFF's with Busy Philipps and her Busy Tonight show, also on E! I wish I could say I'm watching anything requiring a brain, though maybe watching 'professional sports bettor' James Holzhauer on Jeopardy! has become appointment TV on the occasions that I can actually be home between 7:30 and 8pm.

It should also be noted that we chose to have only one TV in our house and me and Nova are on board when Darren wants to watch Golden State in playoffs. (I don't let on that I actually love watching basketball. Only I prefer it on mute with some other radio talk, podcast, or music playing instead of the annoying announcers and that ick of squeaking shoes nonstop.)

I didn't finish this post when I intended to so I'm gonna start a clean one.