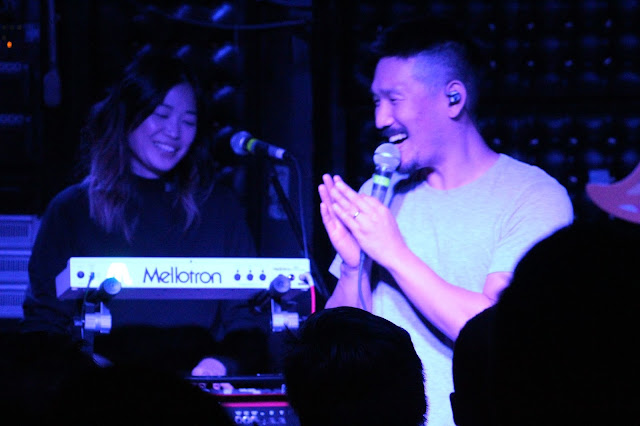 I feel like I haven't quite gotten into the groove of 2020 yet. My work at the Casbah and SoundDiego are amped up a little now, so I haven't quite figured out how to do all the things I need to do on the daily without wanting to go to bed at 10 like a normal person instead of the all-nighters I've been accustomed to. I'll figure it out sooner or later...but in the meantime, I'm definitely not quite catching the volume of shows I'm used to. Still, it was a mostly balanced week. Tuesday I confirmed that I'm officially booking the SDCCU Festival of Arts in North Park on May 8th and 9th which will involve somewhere approaching 25 bands, so if I'm not in contact, please reach out. On Wednesday I went to the Zoo in the morning, took the kid to futsal in the evening, then caught Run River North and New Dialogue at the Casbah and closed the night at The Office for Emo Night. I didn't do much outside of work on Thursday or Friday because Saturday was a futsal game by day and Nada Surf by night. Of course, my mind is always blown with Nada Surf. On Sunday, Darren's mom and nephew arrived from the Bay Area, so the last few days have been all tourist stops. The first spot we took them was El Panson for tacos then to the Zoo for a couple hours. On Monday, we hit the Safari Park all day and as much as I wanted to go to the Casbah, my "nap" went a little too long and I did most of these listings so I could participate with the family on Tuesday, when we took them to The Balboa, walked around Balboa Park hitting the Botanical building and the San Diego History Center, and then more Zoo time while Darren and his mom got Nova from school and then finished with takeout from the new Popeye's to round out the trip. They're leaving today, so it's a little bittersweet. We definitely don't see them enough, but it's also a lot, if you know what I mean. This week I'm hoping to catch Michael Kiwanuka, our SoundDiego live party at the Casbah on Thursday, Saint Motel and Kolars at Observatory then Casbah for Cursive on Friday, and Dirty Sweet on Saturday. I can never pull off 4 nights in a row these days, so I'm sure one or two of those won't actually happen. Listings through Monday are after the jump.