Hey! Look at me! I actually did listings on Tuesday in time for Wednesday!! I even dug deep into the archives to grab some old photos and um, wow. I can definitely tell a difference from moving from my Cybershot point and shoot to a Samsung point and shoot to the basic Canon DSLR that I use today. Whatever, all good memories, and I always love coming across other shows and looking through pics, like finding a treasure trove of old Frightened Rabbit moments that won't ever happen again. It's about four years and a week since Scott Huchison disappeared and was found dead and I think about him all the time and I feel lucky to have deep archives of music and photos, even if some are really, really bad.

There is a lot going on in town this week and I am certain that I must've missed a few things, but hopefully you've got your plan laid out, your home COVID tests ready to make sure you're not being a spreader, and some good masks you can keep around for when you're interacting or in close proximity with people not from your own household. It isn't that hard and you might thank me later because COVID-19 is still all around us and new subvariants are 'catchier' than ever, , even if you're vaccinated and boosted.

I do want to note that I have posted about the North Park Music Fest but have no connection at all, had no part in booking or promoting, and have no hookup on tickets, not even for myself, so please don't ask me for guestlist. 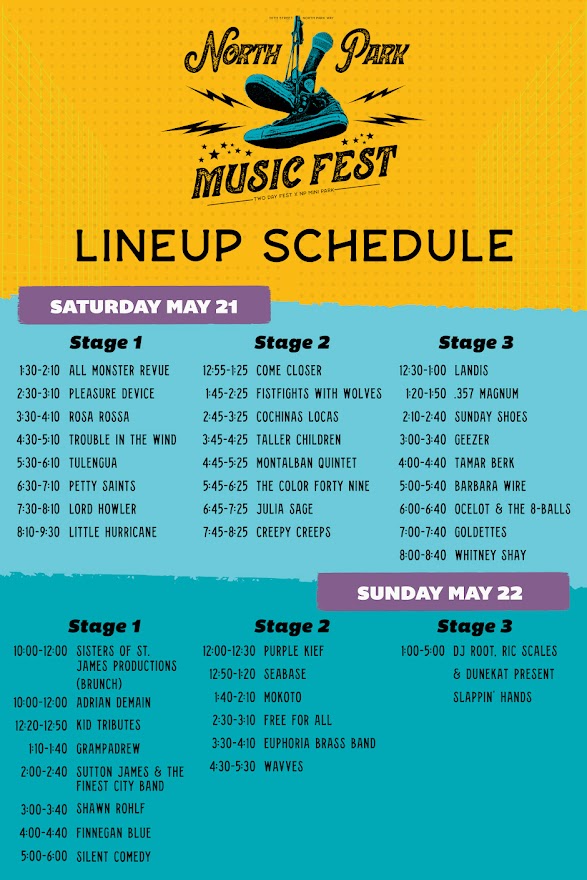