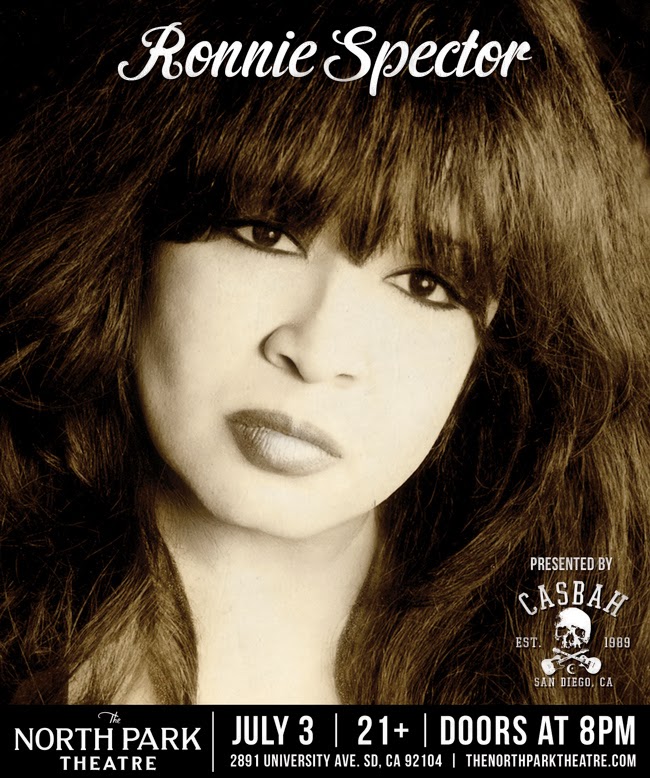 As you well know by now, I'm working at The North Park Theatre. The Theatre is incredible, and is constantly improving. For example, all our new permanent sound gear arrived in the past couple of weeks, and we put an epoxy coating on the floor so customers won't slip should a drink meet a sad fate on the floor. Tim Mays is handling booking, and it feels like every day that he's sending me an email with another confirmed show. I'll tell you all about those shows when we're allowed to announce them, but in the meantime, I wanted to remind you that on Thursday Night, we have Ronnie Spector: Beyond The Beehive. Ronnie is a legend and I can't wait to see this special performance. This is a seated show, so if you're like me and have nostalgic parents who love their Oldies, and who look back at the 60's as the golden era of music, then this is definitely a show that you should treat them to.

Ronnie Spector performs live on July 3. This is a 21+ seated show. Doors at 8pm. DJ Claire will spin vinyl, Ronnie Spector takes the stage at 9pm. Park at the nearby structure (entrance on 29th) for just $5 all night.