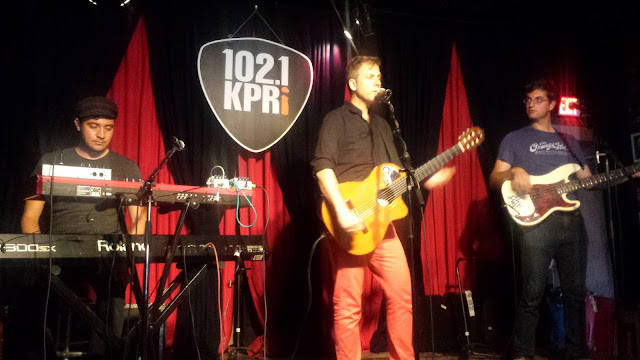 The Casbah and Observatory have been keeping me so busy that I'm slipping on catching all the secret shows that happen around town throughout the year. Fortunately, my friend Jeff is always paying attention (I mean, he already bought tickets for Jose Gonzalez and the show isn't until 2016!), so when he called me at 3:20 to ask if I wanted to see Calexico at Lestat's (like 4 blocks from my house) at 4pm, I adjusted my schedule, hopped on my bike, and was there for a very special and exclusive performance, with my 25 people in attendance. It was a KPRi iSession, so they had to keep the crowd small, but I felt so happy to see it since the band doesn't have a local stop on their current tour. They played four songs: Falling From The Sky, Bullets and Rocks, When The Angels Played, and my favorite of the set, Cumbia de Donde. You can see all four songs in the playlist below.