You may or may not have heard that More-FM is modifying their format to be a multilingual and 'Borderless' station branded 98/9 TJ-SD. As much as it pains me to link to a KL penned article, The Reader primarily focuses on the fact that Cesar Gonzalez--owner of the now defunct Mama Testa (home of the best salsa ever but never served without attitude)--will be the first on-air personality at the station, then digs in a little on Halloran, who will be playing three hours of cross-border local artists every weeknight from 9pm-Midnight. As someone who has known Hal for years, and worked with station owner Mario Mayan and sales director Randy Phillips for several years back in the day, I'm super excited about a new radio format to stir the San Diego pot. 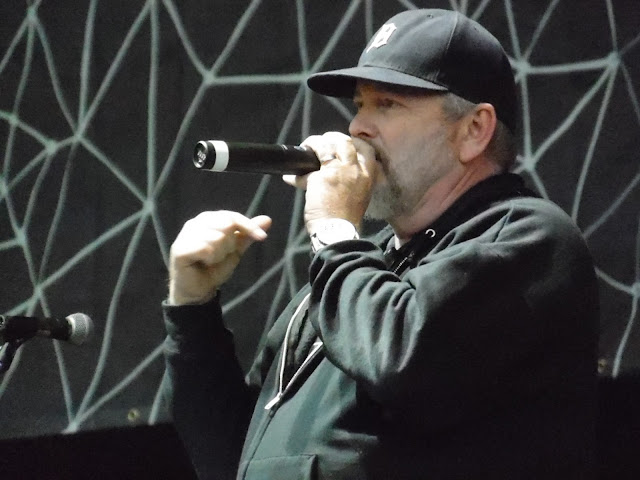 From a local music perspective, Halloran and crew are trying to build their local music catalog. Bring CDs to Pitbull Audio in National City 2 pm on Saturday, March 31, or April 7 at 2 pm at Secret Garden [Jardin Secreto] on Manuel Doblado in Tijuana. If you plan on submitting music, note that they are specifically requesting CDs. Don't email links or MP3s. If you don't have CDs, burned ones are usually acceptable, but LABEL them. The CD itself and the case should both include your Band Name, a contact phone number and/or email, web address and track titles. On the case, you might suggest one or two "singles" from the record, bio, band photo, and other pertinent or more specific info. (Perhaps my old San Diego Music Thing notes might help in this situation.)

In other radio news, 91X recently launched a new morning show...The Moug Show...and you know I'm not commuting or listening to radio in the mornings (or even awake) to have an opinion about it. Meanwhile, Woods is back on the air at The Mighty 1090 with the Ben and Woods show, offering up morning sports talk weekdays from 6-9am. 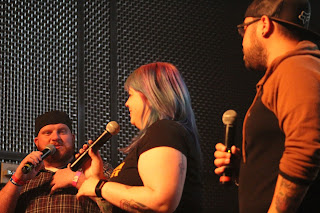 And on Monday night, I was made aware of the disgusting, tacky, and insensitive photo posted on social media by the new Kevin Klein Live show on 97.3, which has flipped from Energy 97.3 to The Machine 97.3, which will be a classic rock format and taking the Padres broadcasts from Alt 94/9.  The dude's morning show starts today. I'm not posting his shit photo here, but I'm sure you've seen it, and you can see the backlash on NBC, the U-T here  and HERE  and even the Padres. If what he wanted was attention, mission accomplished. I'm not the demo so my not listening doesn't mean shit to them, but for the record, fuck that guy and all the assholes defending the post.

If radio news interests you, you should always keep up on SanDiegoRadio.org and you can see press releases, news, and quarterly radio ratings, and marvel at the fact that country is the 3rd ranked station in San Diego, and more people listen to Christian Radio than to your favorite alternative station. Gag.
Posted by Rosemary Bystrak at Wednesday, March 28, 2018