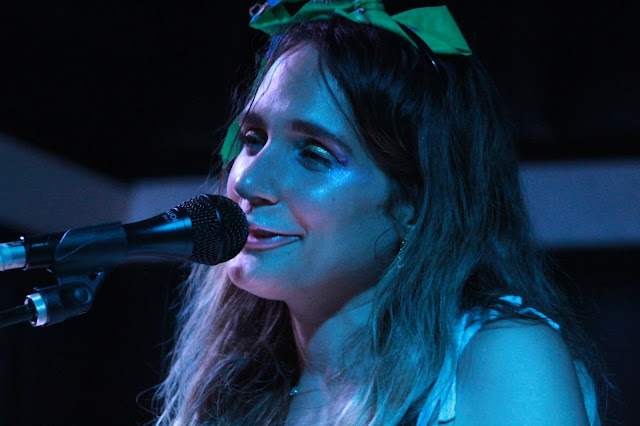 Well let's see how the last week went. Started Tuesday off by dropping my ballot off at the polling place and being pretty hopeful. I went to Iceage that night and made the mistake of checking my phone and though there were some wins, it was still an overall depressing midterm election. I just find it heartbreaking that people can't even be bothered to moderately pay attention to the world around them. It kinda left me in a stupor all week, and then my social media feed filling with talk of the suicides of Kate Spade and Anthony Bourdain didn't really help lift my moods. But I trudged through the week with Nova's daily soccer practices, getting to see Speedy Ortiz on Wednesday and Sick of It All on Thursday. We also got to watch Darren's indoor soccer game which was pretty intense, and his adrenaline was pumping so much that he didn't realize he took a cleat to the ankle and was left hobbling around the rest of the weekend. On Friday, I got a late start on the night and ended up seeing Jake Najor and The Moment of Truth at the Rabbit Hole. Saturday was lowkey and we went to Josh Krimston's birthday but after we got home after 8, we opted to stay in for the remainder of the night, and Sunday I worked for Justin Townes Earle and closed the night down at Whistle Stop. This week should be a lot more chill and hopefully far less depressing. I'm hoping to catch Sunflower Bean at the Che, I'm working for Har Mar on Thursday, and then I'm pretty much checking out for the weekend because Nova's got a soccer tournament. It hurts that we're going to be so close to A Ship In The Woods but not actually get to check it out. Such is life. Full listings after the jump.