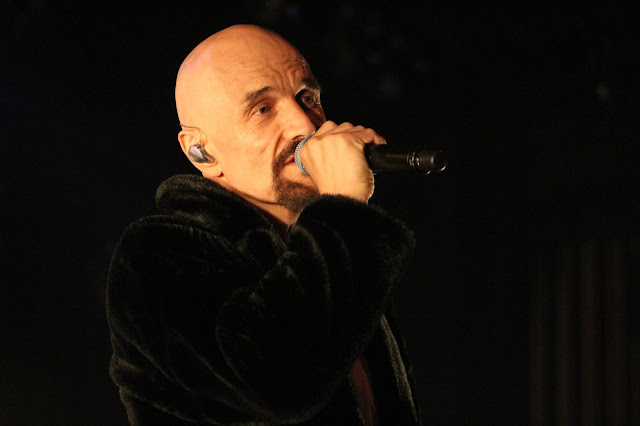 I have a million things to catch up on this week, but it's so hard during the summer. Who wants to be sitting on a laptop for 12 hours a day when there's so much going on in? So last week I had the immense pleasure of interviewing Tim Booth and Jim Glennie of James, one of my all time favorite bands, for SoundDiego. I was a hot mess and it was emotional and I cried a lot and Tim cried a little and it was the most intense interview I've ever experienced. I don't know how they'll cut it up for NBC, but it should air in the coming weeks. On Wednesday, I worked the Weyes Blood show at the Irenic but got there earlier than I'd expected, so got to enjoy their full sound check. What a voice! And Davey, an old drummer I knew from Everest and Great Northern is touring as their drummer, so it was great to see him again. I don't honestly think I even left my house on Thursday, but I was saving up for the Friday and Saturday night Death Cab For Cutie shows. I took Nova on Friday and Darren was able to join us for the encore, and after I hit Casbah and Ken Club. On Saturday I took my sister and my pal Melanie was able to join us for the second half, and then my sis and i went to the Casbah which never happens so that was cool. Sunday was low key fam day and we went to swim at Fiesta Island with our dog and Monday we visited the sea lions of La Jolla while Nova was in soccer and then watched Darren's playoff soccer game. So yeah. It's a lot. This week should be tamer and I hope I get to update photos and stuff, because they're certainly piling up. Full listings for the week are after the jump.