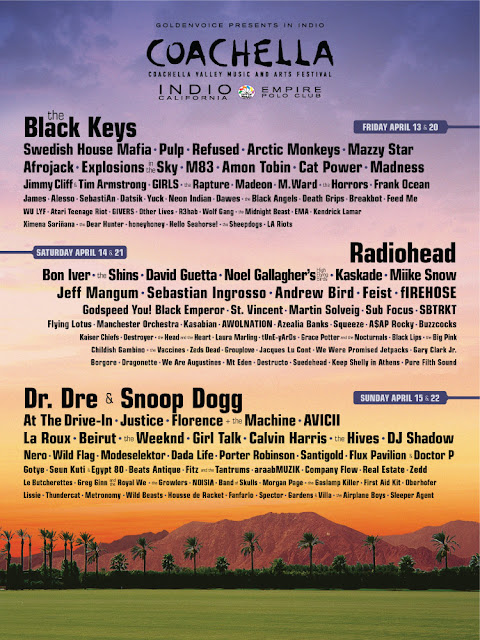 I remember a time when it was like a blogger's wet dream to be the first to post the Coachella lineup, but now with Facebook, you already saw the lineup 200 times on your wall as soon as it was made public. So yeah. Here's the lineup for Coachella. Keep in mind that Coachella is two weekends this year. While the festival has been strict in the past about bands not being allowed to perform in Southern California around the same time, some of those mid-level bands will have to play to make two weekends worth their while. Think about it. I'm just saying...you might be seeing some of these bands pop up in mid-April at a certain small local club.

Email ThisBlogThis!Share to TwitterShare to FacebookShare to Pinterest
Labels: coachella