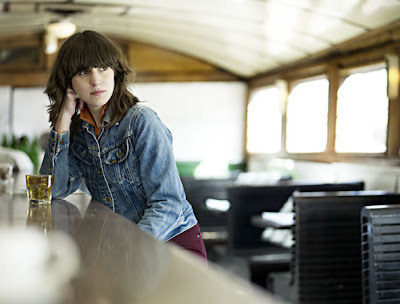 As the shortest month of the year approaches (leap) one can become overwhelmed with all the live music shows happening in San Diego. This is the time of year when many albums are released and artists tour to promote their records. There are exceptions, however, case in point: Eleanor Friedberger , one half of The Fiery Furnaces duo, released a solo effort last summer. Titled appropriately Last Summer, Eleanor opened for The Kills here in San Diego last September. I asked her about her infrequent visits to our city and she agreed. Well, she is kicking off a West Coast tour right here at The Casbah this Thursday (Feb. 2). She will be joined by a backing band of Matt Asti (MGMT), Ahmed Gallab (Yeasayer, Caribou) and John Eatherly (Be Your Own Pet, Turbo Fruits). Needless to say, her music shows her quite comfortable in her own skin. While The Fiery Furnaces are original and somewhat experimental in their songs, Eleanor has shown the ability to write songs and create something new and essential on her own. If you are a fan of The Fiery Furnaces, there is plenty to like on this solo record. For those who want to see Eleanor in a somewhat different light (cast out of her brother’s shadow), Thursday’s intimate show promises to deliver a night of great music.

Watch a video of Heaven below.