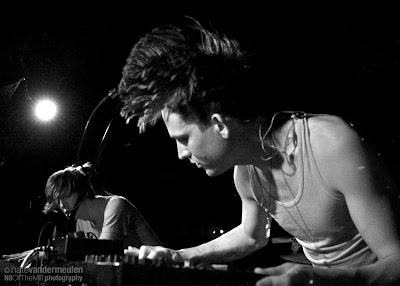 Earlier this month at the Casbah the anti-Monday league played host to a sold out show of electronica-based music to dance to.  Local act Pal & Drome opened for San Francisco-via-Lousiana trio Painted Palms who set the stage for Portland, OR indie synth rockers Starfucker.  Continue reading below.


By the time I walked in the door at around 9:30, Pal & Drome was already well into their set.  From what I could see at the door, the crowd had already filled in and was warming up the floor for the later acts.  Not sure if they were a DJ-only act or if there was a guitar involved, but I look forward to seeing them again when they open for Fujiya & Miyagi on the same stage next Tuesday (January 31).

Painted Palms followed up the openers by easing into a set of mellow synthy indie rock.  Cousins Reese Donohue and Chris Prudhomme traded duties on guitar, synthesizer and vocals from song to song while steady live drum beats reinforced the subtly experimental electronic tracks.  Pleasing to the ear for sure, but you could tell that the crowd was looking for something to help them keep their feet moving.  There were a few more uptempo moments over the course of their forty five minute set, but for the most part it was more 'gaze at your shoes' than 'shake your ass'. 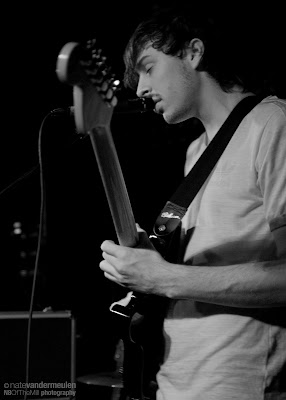 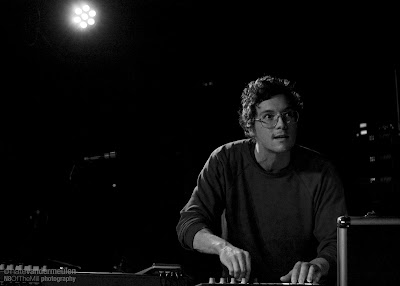 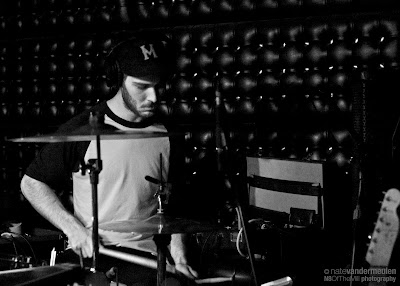 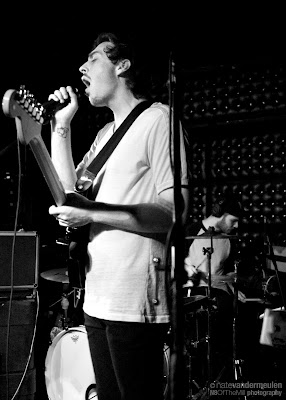 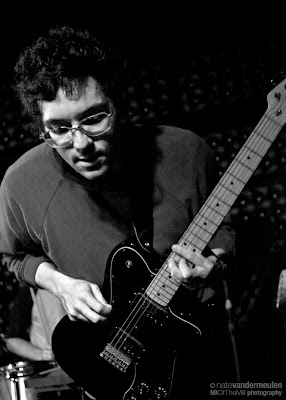 Apart from lead man Josh Hodges having to fight some tangled cables for a good five minutes or so, five piece Starfucker got things set up relatively quickly.  If you'd heard their 2011 LP Reptilians, it would come as no surprise to see the front of the stage lined with knob-covered synthesizers, one for everyone except drummer Keil Corcoran, though he would switch places with Hodges later in the set for his turn with the guitar, keys and vocals.  Filling out the band are the third original member- bassist Shawn Glassford- and two new tour mates, Ian Luxton and Patrick Morris who split time on their respective synthesizers with some guitar work of their own.  Over the course of their hour+ set there was instrument swapping, dual drum attacks and head banging much to the joy of the packed house.  The layered sound created by the fusion of instruments in various quantity and their positioning across the stage resulted in an extremely satisfying concert experience, and excited cries for an encore started coming before half the band had stepped off the stage.  Upon their quick return, the crowd was treated to an uptempo version of 'Girls Just Wanna Have Fun' before the lights came up and everyone started making their way out into the welcomely cool night air. 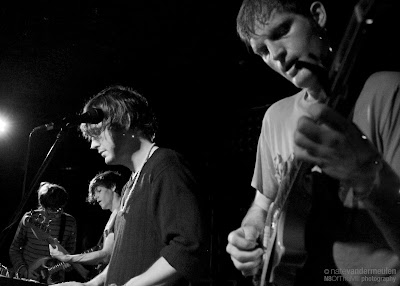 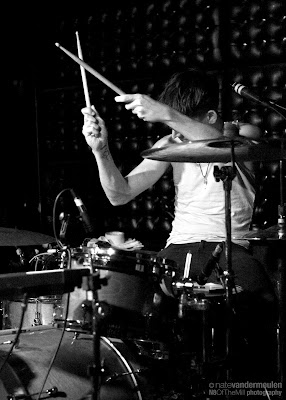 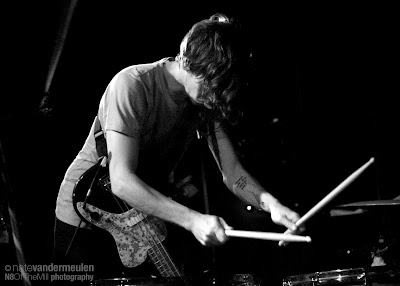 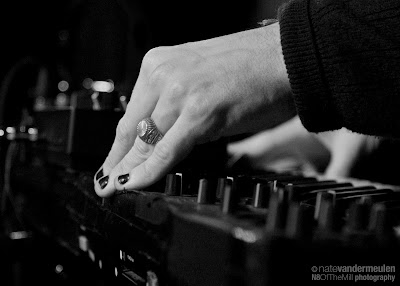 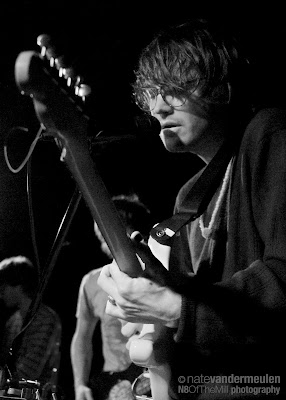 For more images from the show click here and the rest of my concert photography click here.
__________________________
All images are licensed by Nate Vandermeulen under Creative Commons- BY-NC
Please ask for permission before downloading or linking to them

The Pal&Drome set is posted on Youtube in it's entirety. Search "Pal&Drome"