This past Saturday, the historic neighborhood of North Park celebrated its 17th Annual Festival of Arts by closing off University Ave. between 30th Street and 32nd Street to allow vendors, artists, chefs, bands and local craft breweries entertain the masses. If you were out and about on Saturday, you already know that the weather couldn’t have been any better for this festival. 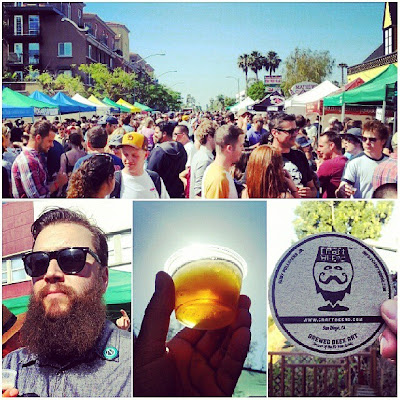 I was fortunate enough to break away from my house and make it to the Craft Beer Block which was located off Ohio Street and University Ave. The Craft Beer Block is a mini-beer festival of sorts where dozens of local craft breweries pour their finest brews for attendees. Local favorites such as Ballast Point, Green Flash, Stone, Mother Earth, Belching Beaver, Hess and Pizza Port were some of the twenty four breweries on hand pouring liquid gold.

Some of my honorable beer mentions include Mother Earth Brewing’s Cinco De Rye-O, a rye pale ale brewed for Toronado’s 5th Anniversary as well as Belching Beaver Brewing’s Beaver Milk Stout. The Cinco De Rye-O was a well balanced pale ale with a beautiful amber hue, plenty of rye maltiness and a hoppy pine finish. The Beaver Milk Stout doesn’t sound like a typical summer ale but it was incredibly smooth, roasty and chocolatey enough to make you feel like you were having some yogurt on a warm summer day.  I would not be surprised if the event was sold out because there were people lined up shoulder to shoulder having their taster cups filled with these delicious brews. With that said, it was great to run into some familiar faces at the festival.

One of those familiar faces was local craft beer artist Rudy Pollorena Jr., also known as Craft Beerd. I met Rudy a couple months ago at another local beer festival and have been following his artwork’s success on Facebook and Instagram since then. Rudy is contributing some very original, creative and fun artwork for the San Diego beer community with his most popular piece being the “SD Beer Matrix” pictured below: 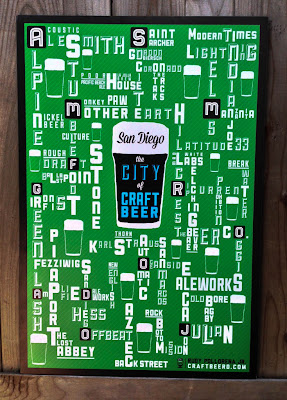 You can find this as well as his other pieces printed on t-shirts, posters, canvas, bamboo and aluminum prints (my favorite) at www.craftbeerd.com. If you’re looking for something to do on Tuesday, May 21st (that is tomorrow) at 5pm, Mr. Craft Beerd himself will be debuting his latest custom piece for local craft beer bar and grill, Fathom Bistro Bait and Tackle on Shelter Island. Click on the link below for the event info: 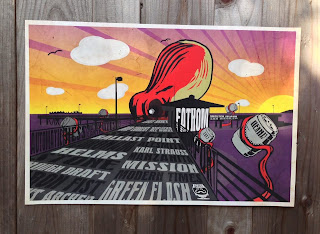 I was also fortunate enough to talk with one of the owners of Belching Beaver Brewing based out of Vista. These guys are brewing some incredible beers including the Beaver Milk Stout I mentioned earlier. They just recently opened up a tasting room in North Park on 30th Street right next to Crazee Burger so if you hadn’t had a chance to try some of their beers, go check out their tasting room and I promise you won’t be disappointed.

It never ceases to amaze me the amount of camaraderie, passion and love that people in the craft beer industry share for one another. Attending the Craft Beer Block reminded me once again of these feelings and it really is one hell of an industry to be a part of. With that said, I know I haven’t been posting a whole lot the past few months on here but it is partially because I have been working on a project over the past year that I am proud to share with you today.

My brother and I as well as a talented team of web gurus have been working on a website dedicated to the rising movement of craft beer trading. With over 2,400 craft breweries currently operating in the United States and many more to come, it is becoming more and more common for craft beer drinkers across the country to trade beer amongst each other. These are beers that wouldn’t normally reach different parts of the country because of limiting distribution laws as well as growing demand of breweries working at maximum production, and this is only the tip of the craft beer iceberg. This is where BottleTrade comes in. 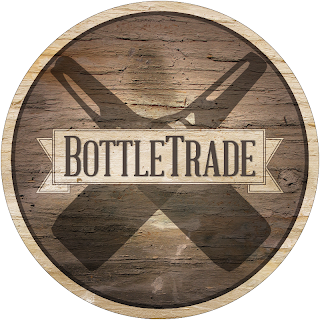 We are working day in and day out to bring a website that revolutionizes the beer trading experience for traders across the country. We are not quite ready for primetime, but will be there in the coming months. Until then, check us out at www.bottle-trade.com and get social with on Facebook, Instagram and Twitter.

Did you make it to the North Park Festival of Arts this weekend? Make sure to post your favorite bands, artists and beers in the comments below.

That Beaver Milk Stout sounds delish. I will have to hunt it down!