Some Thoughts About Children's Pool 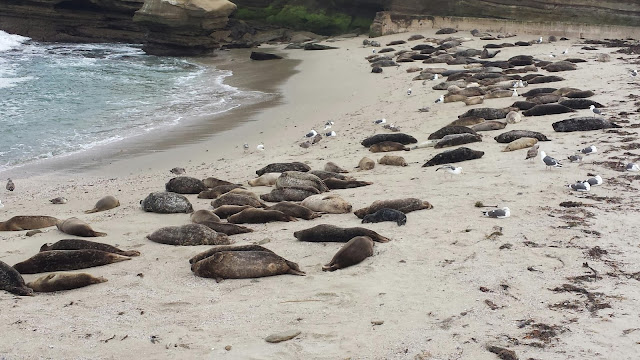 If my political posts haven't won me any friends in the past, I'm certainly not expecting to make any new friends now. This year I decided to buy Sea World Fun Passes for me and Darren and Nova. My sister alerted me to a "Blue Friday" special after Thanksgiving that made them $25 off the regular price per pass. We already have passes to the San Diego Zoo and bought Balboa Park passes, too, and use them quite frequently, but the Sea World passes came with some moral quibbling...we are well aware of "Blackfish" and any civilized person can feel bad that Orcas and dolphins and Pilots and Balugas and Walruses are completely out of place and made to live against their migratory nature in such small enclosures, trained to perform for humans, that the horror of The Cove really happens annually. You can weigh all of that and even still, you decide, if I was 6, I'd want to go to Sea World to learn about the animals, to see things up close I might never otherwise see in my lifetime, to hang out with other kids my age (in this case, my nieces) and to ride rollercoasters. And we have. We usually park at the Fishing Boat lot next to Sea World, ride our bikes in, ride Manta until we're ready to vomit, ride Atlantis until our clothes are soaked, check out a couple animal habitats, and call it a day.

But with all of this, we decided it's really important that Nova does learn something about the animals and nature, and the most important thing, to make up her own mind. So after spending all of Presidents' Day at Sea World, on Tuesday we decided it was time to take her to the seal rookery at Children's Pool in La Jolla. We explained that she was going to see something pretty cool and pretty rare...that there are seals on the beach and people aren't allowed close to bother them so they can have their babies, and that there are people who think they should be chased away from the beach and that it belongs to people to swim. 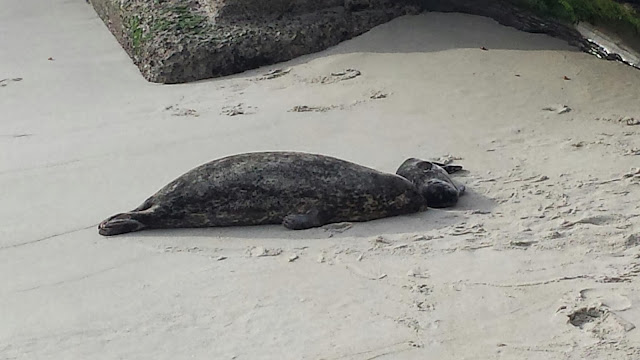 We try to use open language, to present both sides so Nova can make up her own mind, but the truth is, it is really hard. Growing up in San Diego, you understand many longstanding controversies in the City. You know about immigration, border fences, and Friendship Park. You know about the cross on Mount Soledad. You know about "the trust" vs people who want to let the seals have a beach. The first two are things- while I have strong opinions for my side- I can see the opposition's point of view. As for the seals, you have to be a heartless bastard or just a sicko yuppie elitist (which is worse?) to think that of all the beaches available to us in San Diego, you need this particular one free of these beautiful marine mammals. So I'm sorry if you believe that we can coexist, or that divers should get this particular beach, or that some wealthy person trusted this beach "to the children", I just can't see your side on this one. 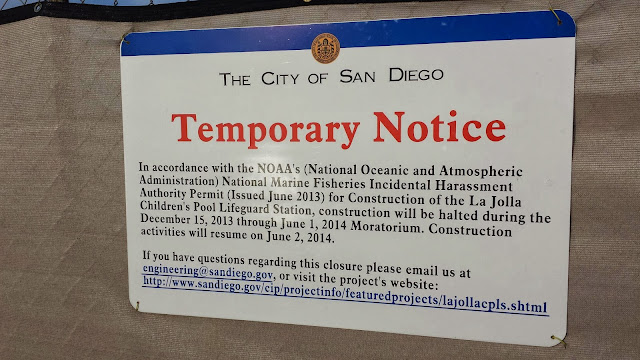 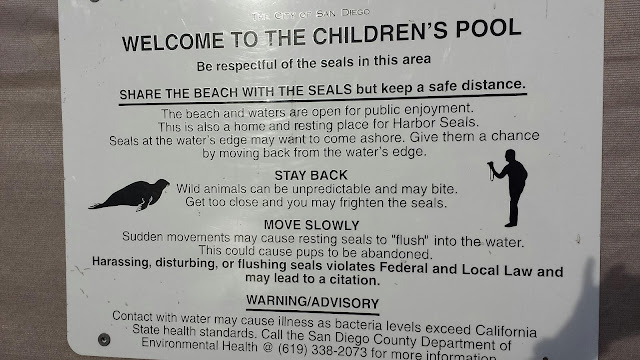 So this was one of the many things I loved about Mayor Bob Filner. There was no question about what side he was on about this, and besides working out the seal cam and putting up the rope, this issue came back to council. Then the mayor was embroiled in scandal, the council found a way to postpone the issue, and nothing has been resolved- which is fine since the animals are currently somewhat protected. In doing a couple searches, however, I found that our timing was quite remarkable, because the issue is actually coming back to council this month! On FEBRUARY 24 at 1pm, San Diego City Council "will finally be voting on the May 17, 2010 resolution to prohibit public access to Casa Beach during the harbor seal pupping season, from December 15 to May 15 annually." Email your councilperson and let them know that you want to protect the seals. 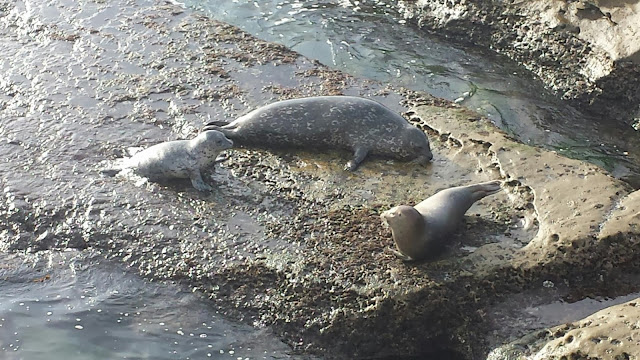 So now let me get off my soap box and tell you what happened. We approached the seawall and found a new mom protecting her pup on the beach. She didn't like the people getting too close for photos, but she relaxed once everyone got off the beach. Then we saw more seals on rocks. And in the water. And bobbing in the waves. And it was beautiful. And we took pictures of the seals, and selfies, and pictures of the waves. We continued onto the wall, fascinated by some very pregnant seals on a rock near the wall. We smiled at the animals stretching and hobbling into the water and babies trying to get attention. And then we saw a mass of seagulls go in and realized a birth had just happened! The sand was bloodied and the seagulls were squawking and fighting and we realized they were wrestling for the placenta. We looked at the new mom, barking at others to give her space, nudging her pup, and then we watched in wonder for the next half hour...as she fought off a seal in their way, how she swatted the seagulls, and how, eventually, her pup started hobbling along the sand and into the water...waves carrying it back to shore, and eventually getting it into the pool and it rode its mom's back and it was this really incredible moment. Of all my years in San Diego, I've never seen this before. It was exciting and beautiful and amazing. 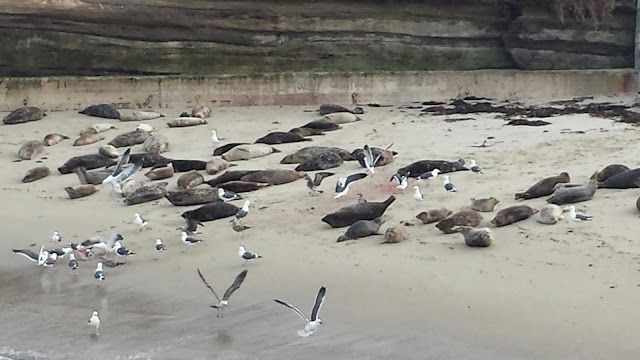 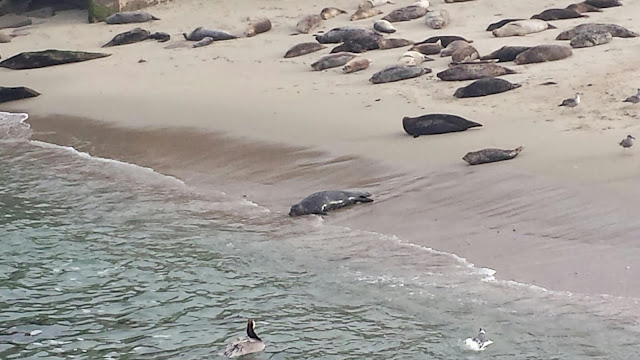 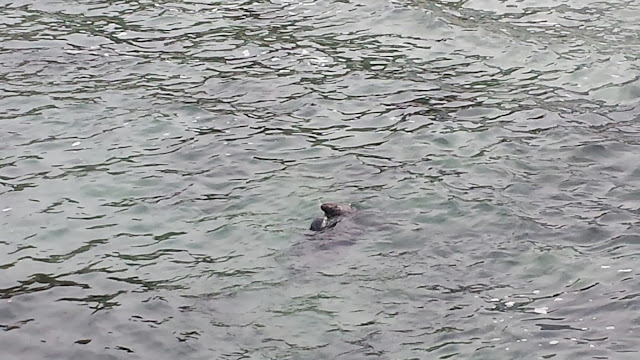 I'm sorry La Jollans, this does not belong to you.  Find a list of City Council members by district with phone number and email after the jump and let them know where you stand on this issue. To learn more about protecting the seals, click here.