I've been mostly laying low this week. After going to Caravan Palace and The Tribute to Prince on Monday, I stayed up all night working and slept for a only a few hours before going to Aquatica on Nova's early day. I've been sick and worn down ever since. Maybe part of it is election and rape scandal fatigue. It was also a rough week when San Diego Zoo announced that Janey the Orangutan had been euthanized after she experienced several heart attacks. I think everybody who "knew" Janey loved her. She was in her 50s, and the story the docents always told was that she was once a pet in a household in England but as she grew, the family could no longer care for her and surrendered her to a zoo, and eventually she ended up in San Diego. Her former family had young children, which was why she spent most of her days up against the glass, interacting with very small children. This is a pic from 2014, when I would watch my friend Melanie's son once or twice a week, jumping on the 10 bus and spending entire days at the zoo, week after week. Janey always had her way of saying hi, and I was definitely one of the many whackos who wanted to hang out with her as much as I could. I'm heartbroken for the loss to the zoo and all of Janey's admirers. It's not just the human rock stars that are being lost in 2016.

Weekend archives are after the jump. 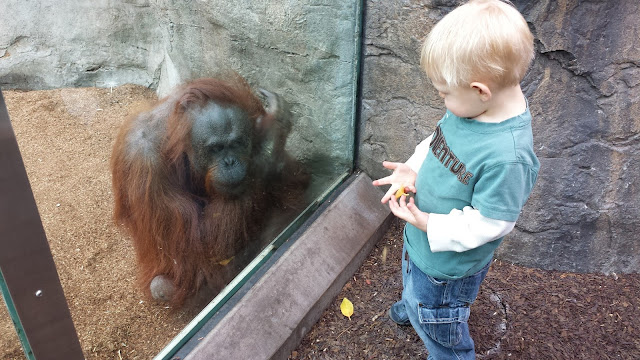