I truly love Comic-Con Week in San Diego, but I have to tell you that it also makes my work crazy busy, so I'm exhausted before it has even begun. There's a lot to look forward to this week, however, so I'm posting this older photo (taken with my phone) because Monday night you should hit the one two punch--Randall Christopher's Zine Release at Verbatim, then Madonna Undercover at The Office to celebrate this beauty's birthday. I'll be working at the Irenic on Wednesday, Thursday, and Friday, which means I'll miss the Con action downtown at night, but am excited to see Conan on Wednesday, hopefully hit the Wired Party on Thursday, and enjoy some of the outside Con stuff like Adult Swim on The Green. I'll update when I can. Monday through Wednesday archives are after the jump. 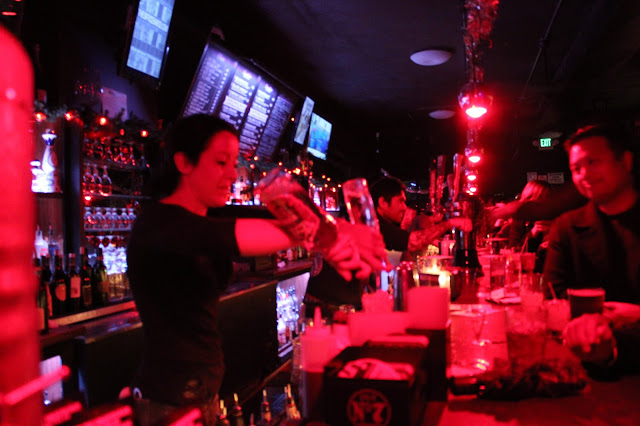