It's so hard to write about regular life when last week was so intense on a national level, but I'm gonna just carry on because I have nothing to chime in that hasn't been said and Facebook is a much better platform for me to filter out my racist friends anyway. Personally, it was a pretty sweet week. We heard from Nova a couple times, and when I wasn't working myself cross-eyed, Darren and I had some fun. On Wednesday, for example, we had a nice afternoon at the Safari Park only to realize the Mitski show at the Observatory OC was the same day and not Thursday like we'd thought. That was kind of chaotic, driving from Escondido straight to the show, arriving at the end of Japanese Breakfast's set but Mitski was amazing, making it all worth it. I maybe need to be a little less distracted in my life. I'll blame the extra busy work week and prepping for the big DoSD show on Saturday at the Casbah, which went off without a hitch, thankfully. I'm also trying to get my Comic-Con Guide up to speed and it is really so much work, but you can see what I've got so far here. (Also in the tabs along the top of the site, or in the pull-down menu on the mobile site) This week is Pride and the All Star Game, so it will be a busy week around town and you should have no problem finding fun stuff to do. Monday through Thursday archives are after the jump. 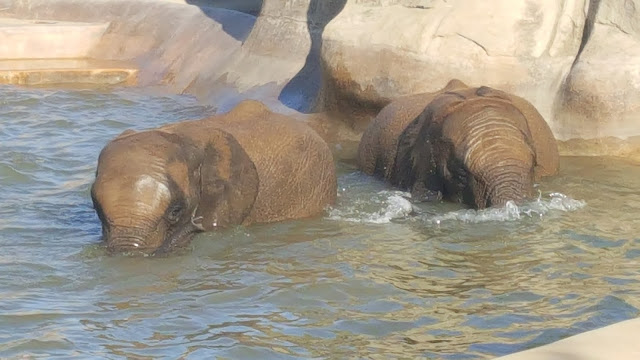