It has been a really good week, even though it meant working my fingers off to get all of my ducks in a row so I can have a little freedom. Monday was quite an amazing experience as Darren and I went to Randall Christopher's zine release party at Verbatim Books, which unbeknownst to us, turned into a powerful performance of a film he's working on about the capture of Adolf Eichmann, including a talk by Auschwitz-Birkenau survivor Rose Schindler. Needless to say it was heavy, but amazing and inspiring, too. Someone asked, "how do you go on after such horrific atrocities?" and she responded, "You must live." So we had heavy hearts the rest of the night, but took advantage of a night in North Park, with drinks at Bar Pink, dinner at West Coast Tavern, then Madonna Undercover at The Office. Tuesday was a hellish workday trying to make sure the mass of work was somewhat tied together but I think I left off in a good spot. Then Wednesday, Pyles picked me up so we could pick up the Conan tickets he'd won, then found some no limit street parking in the vicinity of Monkey Paw. They're giving 20% off to Con customers, so we took advantage with some beer and food before catching an Uber to the Conan taping. It was really fun, but it was hot as hell in our balcony seats, so I can't say I was sad when it ended. Darren picked me up, we grabbed $5 happy hour burgers at The Balboa and then I worked at The Joy Formidable. And then I worked all night. So here we are, Thursday is gonna be crazy, and I'm gonna try to squeeze as much in as I can before leaving downtown again to get to work at The Irenic. Friday through Sunday listings are after the jump. 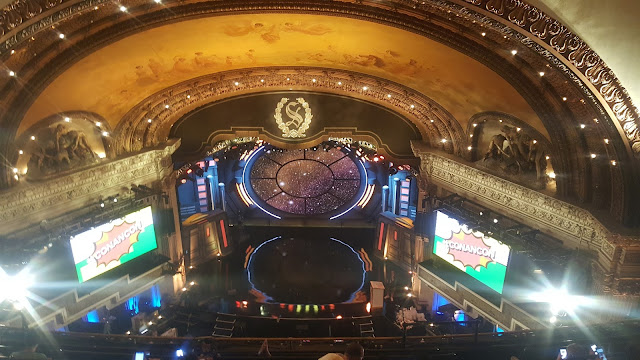