It's been a pretty good week around here but I'm not gonna lie, I am definitely looking forward to the weekend. On Monday, Darren and I took Nova to see one of her favorites, Miike Snow at the Observatory which was a pretty great show because it was more band than synthy dance as I'd expected. On Tuesday we went to The NAT for Free Tuesday in hopes of catching the Animals in Motion exhibit, but didn't realize it was $18 on top of entry ($28 on a regular day!!). We love science but couldn't justify dropping $50 for it. So we explored the regular parts of the museum before going to the Zoo for a couple hours. After Nova's dance class on Wednesday my whole family met up and my parents house to celebrate December birthdays of my uncle and two nephews. Afterward I went to the Casbah to catch CRX who were awesome, albeit a pretty short set. On Thursday Nova had a school field trip at The Living Coast Discovery Center in Chula Vista. Darren and I both chaperoned as the kids walked the trails, pet the rays, and planted native species in a restoration area. We were able to check Nova out and lingered for some extra time so we could see all the raptors and turtles at feeding time. Incidentally, if you're ever interested in going, you can check out a family pass from various libraries (Chula Vista Library has a few, for example) which gives complimentary admission for two adults and two children. After that, we picked up our Christmas Winter Solstice Tree. This weekend is going to be a good one...I'll be working at the Album Leaf show tonight at the Irenic, and we're considering a trip to Magic Mountain sometime this weekend or next unless I can get my grubby hands on Saturday X-Fest tickets. Speaking of, Kaleo cancelled on Sunday and have been replaced with AFI, who also announced two upcoming shows at the Observatory. Have a great weekend! Friday through Sunday archives are after the jump. 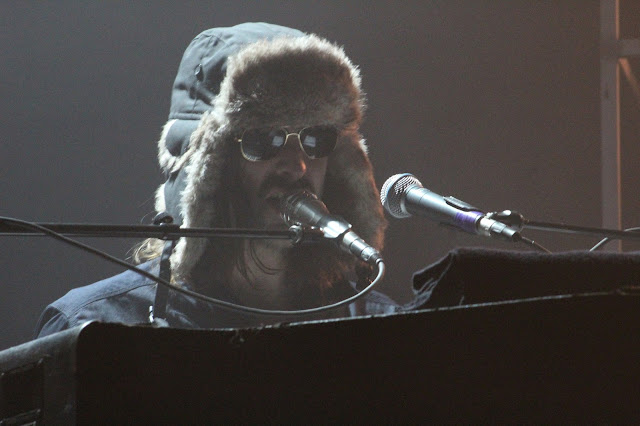