An old friend posted a link to my site and it kinda nudged me to update. I thought when I, uh, uncluttered my life of extraneous jobs I'd suddenly have a whole world of time open up, but the reality is that I'm still just as busy, just not so tethered to my Note quite as much. With Nova having daily soccer practices for All-Stars and the Thanksgiving holiday, and dealing with some bullshit family business to help my mom and dad, I've been pretty much a homebody at night. We did go to the Safari Park on Monday in the drizzle which was awesome, and I made it out to the Office on Wednesday for Metallica Under Cover and that was pretty rad despite me never being a fan of that band. Nova's tournament is under way this weekend and if they win 4 games, they'll be in another tournament next week. Yikes. We'll just see how it goes. I've got family in town this weekend so get out and enjoy all the shows, events, and beer fests that I'm gonna miss, okay? By the way, Bar Pink wanted me to let all of you know that Head Wound City is playing there on December 15, and tickets go on sale today at 10am here and you should buy tickets because it's a benefit for The San Diego LGBT Community Center and after this bullshit election, we need to give our money to worthy causes when we can afford to. Saturday and Sunday archives are after the jump. 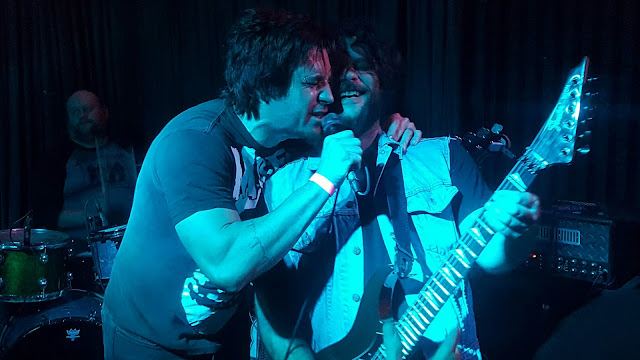