ROI and the Music Industry: A Guest Post by Josh Damigo

Josh Damigo is playing at Lestat's TONIGHT (Friday, December 30) at 9pm for his 10th annual Birfday show. We had a conversation the other day that lead to me inviting him to post. Sorry to get this up so late, but you still have time to make plans for Lestat's. (Happy birthday, Josh!! I love you, Bestie!!) 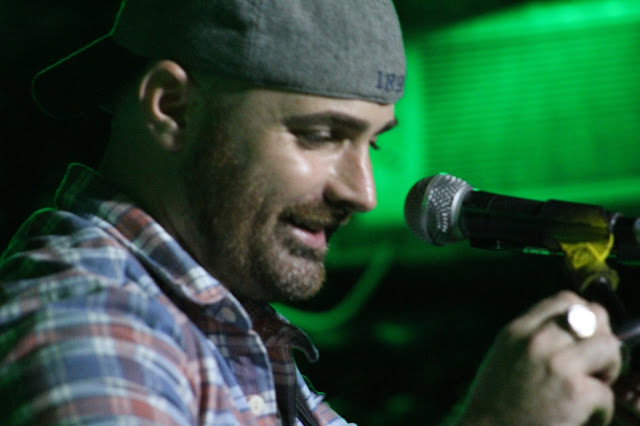 Whattap? It’s Josh Damigo. I took over SDDIALEDIN to teach you all a quick lesson on Return of Investment and it’s role in the life of a musician. It’ll be quick, and it’ll help with your business skills. Ready…. READ!!!

Let’s start with the basics. I’ve been a singer/songwriter in Southern California since 2006. I have a bachelor’s degree in Communications from San Diego Christian College and my Master’s Degree in Organizational Management from Ashford University. I’m a member of SESAC for my PRO (Performing Rights Organization) and have opened for Jason Mraz, Matt Nathanson, Zac Brown, Eric Hutchinson, Andy Grammar, name drop, name drop, name drop… When you put all of that together, it means that I’ve studied the music industry pretty extensively over the last ten years. I’ve had my ups and downs, like the $28,000 royalty check from live shows to losing all of my money and then some on a 30 city - US tour. (It’s give and take in a musician’s life, so buckle up!)

I’m playing at Lestat’s West tonight for my 10th annual “Birfday” Show. Unfortunately, this will be my last show, at the venue, because they are increasing the cut that the venue will take, starting on January 1st from $3 a head (when I started) to $5 a head. (That’s going to cut into my profits by 40%!) And as you know, profits for a musician are already pretty minimal. That got me to thinking – When is a gig TRULY worth it? Let’s talk about what an ROI is and what it means to your music business life. (Read the rest after the jump)

ROI stands for Return on Investment. It’s used a lot in the marketing world. The formula to find out your ROI is “Net Profit divided by Cost of Investment”. For example, let's say you were trying to advertise for a show and it cost you $100, you would want to make sure that you got your money back for your investment, so you should try to make well over $100 to cover the cost of your marketing. This can be for anything that you do. If you spend $10,000 dollars making a CD, you better sell more than $10,000 worth of that bad boy.  All musicians are in a different position, so depending on if you’re being funded, taking out loans, have a sugar daddy, or doing it all as a hobby, it’s important to decide how much money you’d like to make back for your investment. For me, I like to make 6 dollars for every 1 dollar I spend. (So if I pay $1,000 to make an album, I’d like to make at least $6,000 back equaling a total sales amount of $7,000.) Some artists don’t care about money… but they don’t have to pay rent… I do.

Now let’s say you hit the jackpot and score a gig in another city. I’ve relocated to Ventura, for example, and I need to count all of the costs that it will take to play in San Diego. If it costs $100 in gas to get to SD and back, spend $50 on Facebook Ads, not to mention all of my gear and the wear and tear on my equipment, I should be doing my best to make a substantial gain from the concert. My goal (If I’m using my 6-1 ratio) would be to try to make 150 x 6 (at least) – so about $900. If the venue takes a $3 cut on a $10 ticket, that would mean that I need to sell about 130 tickets. With the new cut at Lestat’s, I’d need to sell 180 tickets to make the same amount. That’s a 40% increase in ticket sales to make the same amount of money... so you see the problem.

It’s not always about financial gain, however. Sometimes “exposure” can be worth it. You MUST decide how much exposure is worth the show that you’re playing. There’s a running joke in the music industry that if musicians could pay for things with the “exposure” that they’ve received from venues and promoters over the years, they’d be billionaires. But we’re not. No matter how hard I try to buy a latte with exposure, the baristas only want money.

With all of that being said, I’m not mad at Lestats- They’ve given me 10 years of a great deal and provided a fantastic location for shows. They simply need to cover their ROI, as well. Do I think they should do it another way that doesn’t involve taxing artists? Sure… but I’m biased. I know everyone over there loves music and cares about what we do and I’m happy to have a picture on the wall and to see the staff, regularly- but for now, my ROI isn’t being met, and I simply have to take care of my finances responsibly so I quit getting overdraft fees.  I need to increase my show attendance/ticket sales or find a new venue.

Class dismissed! I hope to see you at the show, tonight. (If you’re into shitty singer/songwriter pop…) And I hope you all have a profitable and beautiful 2017!

See more information on Josh Damigo at his website.