I'm posting this because it's pretty unusual for a such a big venue change for any show, but to go from House of blues to Open Air Theatre is a huge leap... if you have tickets to the original show, you should exchange them sooner rather than later to get the best seats being traded. 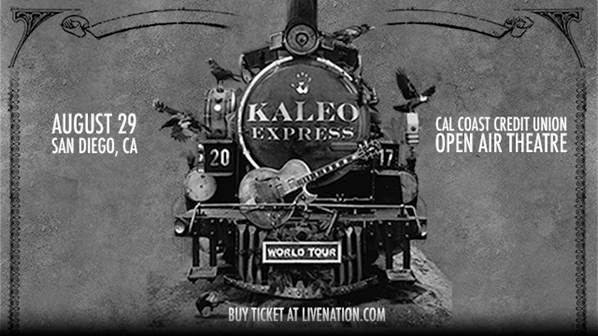 
Due to popular demand, this show is now scheduled to play a larger venue. The show will now take place at Cal Coast Credit Union Open Air Theatre at San Diego State University on August 29th, 2017.

IF YOU PURCHASED A TICKET TO THE HOUSE OF BLUES SHOW:
Because this venue is seated, you will need to exchange the ticket you purchased for the House of Blues show with a new one at the Viejas Arena venue box office by TUESDAY, JULY 25TH.  The ticket exchange will be on a first-come, first-served basis and will be located in the sections closest to the stage.  House of Blues ticket holders may also request a refund at the point-of-purchase and purchase a new ticket for the Cal Coast Credit Union Open Air Theatre show, but the location may not be in the same premium locations that are being held until July 25th for those who opt to exchange their ticket.   The Viejas Arena box office is located next to Gate 2 on 55th Street, and can be accessed from Aztec Walk, across from Peterson Gym and Parking 7 (previously PS5).

Wow, I was never notified about this at all. How disappointing. Thanks for the heads up!