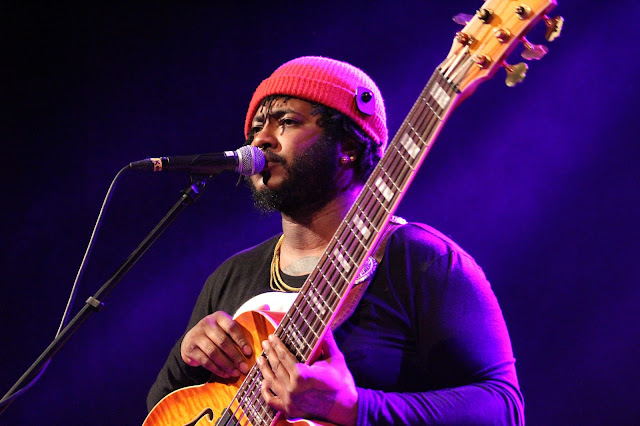 I had a pretty exhausting week. As much as I love watching Nova's soccer and derby and stuff, I'm definitely looking forward to soccer season ending because driving to Clairemont twice a week blows. On Tuesday, I checked out Tow'rs at Soda Bar, then caught The Roosevelts at Blonde. On Thursday, I went to see DIIV at Music Box then caught the end of Matthew Logan Vasquez at Casbah, and on Friday, Darren and I went to Thundercat and had a fun night at Bar Pink while the kid had a slumber party. I was hoping to catch some of the fun festivals on Saturday but it was hot af, I was having lady problems, and I was just not feeling particularly social. I had to work at Irenic and generally that is a fun and easy job, but four patrons wanted to make sure my night was shit and it left me unmotivated to go to a show afterward. Instead I downloaded the new San Diego Library cloud app, downloaded some books, and read all night long. There are a few shows I look forward to this week, but hope it's not quite as crazy as last week. I did listings through Memorial Day so you can plan the holiday weekend. Monday through Thursday archives are after the jump.