I have a dilemma an I can't stop thinking about it. I can never really plan my life too far out in advance so it only just occurred to me that such a dilemma was just waiting to be addressed. On Sunday night, Conor Oberst plays at the Observatory North Park. And on Sunday, the very same night, less than a mile away, Chris Carrabba (of Dashboard Confessional) plays at The Irenic with his Americana band, Twin Forks. What is a girl to do? 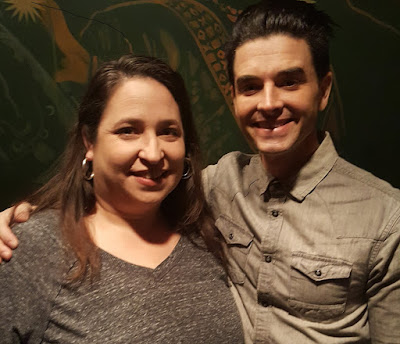 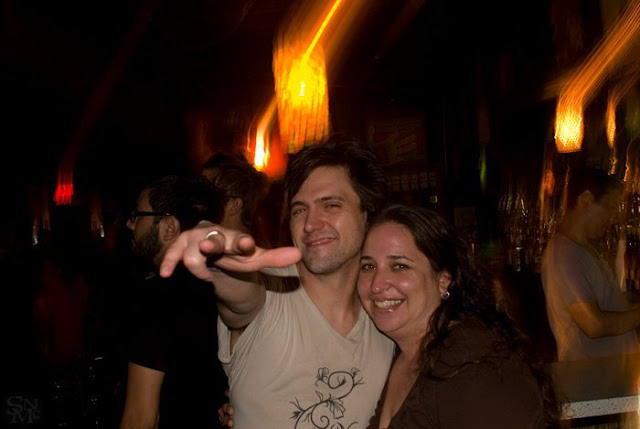 Look, I try to play it cool. I've met a lot of amazing musicians in my life and I try not to be such a fangirl. I was at the Pond show next to Kevin Parker practically the whole time and I never once bothered him. But some artists are just so super awesome, and then you find out they're nice, too, and it's hard not to feel that little excitement when they come to town.

I was completely committed to the Conor Oberst show. I might even be doing an NBC interview, so I was just planning on having someone else work my shift at the Irenic. I think I've only ever seen Bright Eyes twice in my life, plus if you count the magical night when Conor appeared with the Felice Brothers on the eve of my birthday. He was by the bar and I asked if we could snap a photo, that it had just become my birthday at midnight and he exclaimed, "Your birthday? Well, HAPPY BIRTHDAY!" And then he kissed me. A big, giant, sloppy, wet kiss right on my lips. Sean missed that moment and instead got this goofy face, and you can see me quizzical, "DID THAT REALLY JUST HAPPEN?" I also remember his t-shirt smelled like he'd worn it every night of tour. But I didn't care. Conor Oberst just smacked my lips with a wet one and nobody besides Sean would ever believe me.

And then there's Chris Carrabba. I liked my share of Dashboard Confessional music, I have seen him solo, with Twin Forks, and with DC over the years. I remember buying a DC hoodie at Street Scene one year because it was only 20 bucks and I hadn't accounted for it being so damn cold once the sun dropped, but then I never wore it again because the silkscreen on it was kind of bizarre and I thought myself a little too old to be an emo kid. It wasn't until this year, when I got to interview him at the House of Blues that I was just smitten. And not in weird creepy hookup kinda way, just in that he was so relatable, so comfortable, and so sweet, like someone you'd want to be your BFF.

So I have to do ads for the Casbah and it wasn't until both shows were demanding my attention that I realized I'm stuck with this super difficult and challenging decision of which show to attend. Or maybe both? But the way I figure it, Observatory set times will typically be 8 for Phoebe Bridgers and 9/9:15 for Conor Obserst. And The Irenic will most likely be 7pm for Dan Layus (of Augustana!), 7:45ish for The Social Animals, and 8:45ish for Twin Forks. So by my best estimates, it would be impossible to catch both. And so I'm torn. What the hell is a supergroupie to do?

I can't make decisions for you, but tickets are still available for both shows:
Conor Oberst and Phoebe Bridgers  @ The Observatory, $33   GET TICKETS
Twin Forks, The Social Animals, Dan Layus (of Augustana) @ The Irenic, $18 adv/$20 day of GET TICKETS
Posted by Rosemary Bystrak at Wednesday, May 10, 2017