What I'm Watching: The Handmaid's Tale, The Hunt for the Wilderpeople, "You've Seen This Before, We Know", Career Suicide

I've mentioned more than a few times that I vacillate between being obsessed with politics and burying my head.  One minute I'm reading about what stupid thing the piece of shit in the White House, and the entire Republican House, for that matter, is doing to sell off our country to the highest bidder, and the rest of the time I'm just trying to hide from it all. When I'm not out at shows, I'm ass on couch, worming down the daily 300 emails I get while parked in front of the TV with some mind numbing nonsense on in the background (Naked and Afraid, any Housewives franchise, Escaping Polygamy, to name a few). In my hiding from politics, I've watched A LOT of television, and I think I've mentioned I've read more books this year than I had in the last twenty years combined.

The other night, I was desperate to find something to watch that wasn't Housewives. I'd already caught up on Last Week Tonight and Chelsea Handler and my other regular go-tos, (I'm kinda over Bill Maher's islamophobia and sexism, but still watch anyway),  and disappointed that the Paste list I usually use seems to just have the same movies on the month after month, I found this list by Den Of Geek. And so it was that I watched The Hunt for the Wilderpeople. I thought I'd share with you this and other things I've been watching lately, and maybe you'll let me know what else I'm missing? More after the jump.

I'm not exaggerating when I say that this 2016 film from New Zealand was hands down one of the best movies I've seen in recent memory.


From IMDB: A national manhunt is ordered for a rebellious kid and his foster uncle who go missing in the wild New Zealand bush.

I admit, I've kind of always had a fascination with New Zealand & Australia (my 19 year old cat is named Kiwi and my first cat was Sydney). I probably watched Whale Rider two dozen times. Then again, I refuse to watch any Lord of the Rings or Hobbit movies, so perhaps less obsession or more intrigue. But I loved this movie. First of all, the 10-year-old kid Ricky Baker, played by Julian Dennison, is adorable and endearing. He's a fat kid caught in a foster system where he's not wanted and pretty much knows what kind of life he's expected to have if this last ditch foster family doesn't work out. His "Auntie Bella" seems to be the first adult to show him kindness in his short life and her husband, "Uncle Hec" reveals to have a soft side under his gruff exterior. There are a hundred moments during the movie that had me laughing out loud, and plenty that had me misting up, too. I should warn, there's one especially challenging Old Yeller-esque scene, but it's quick and heartfelt and handled well. If you got Hulu to watch The Handmaid's Tale, this is an added bonus with your subscription. I had Darren and Nova watch it with me later this weekend and they both really liked it, too.

You knew I was going to talk about The Handmaid's Tale, right? The novel, by Margaret Atwood, was assigned reading in my high school English class and we dissected it so thoroughly that I know where the show is going, but wonder if it can sustain a whole season...or a second season, which apparently was just inked. Darren and I watch intently, and decided maybe it's better they didn't just release the whole season at once because it's just too much to take. We certainly didn't do ourselves any favors binge-watching The Man in the High Castle, which is easily as intense. One can only presume, that with Margaret Atwood actually consulting as a producer, the series can stay true to the novel, which was nothing short of a masterpiece. There was a movie adaptation of the novel back in the 90s and I probably still have it on VHS somewhere, but in the meantime, I'm super into this show, even if the parallels between real life are just too close for comfort at the moment. 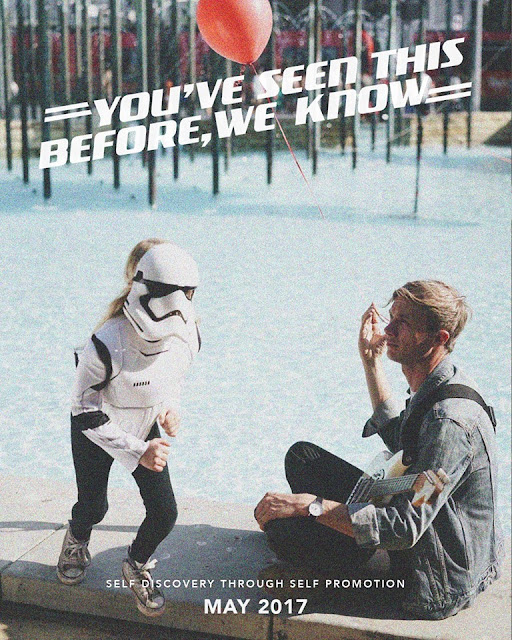 This one is super easy to watch and should be required viewing for San Diego fans of local music. The Young Wild seem to always be up to something cool and unexpected, and they recently dropped a funny little webseries on their website. It's 15 episodes, but they range in length and I think you can pretty much watch the whole thing through in under an hour. Here's what Bryan had to say about the series:


We decided to present ourselves as an archetypal band going through the bizarre tug of war that all bands go through when they are molding an identity," singer Bryan B. William explained. "We parody ourselves and the music world to give insight into ourselves, and also as a defense mechanism against crippling self doubt. I think bands do spend time contemplating their alter ego or band persona and trying to bridge whatever that is to an audience. The presentation of such a thing is inherently absurd to me, but in the same breath it's the coolest thing I've ever seen -- when it's done well. The film series gave us a vehicle to explore how strange it is to 'be a person' trying to 'be a band.

You can see the whole thing here (if you watch one episode, it autostarts into the subsequent episode) and then you should make sure you pick up tickets to see the band live at the Casbah on June 1. 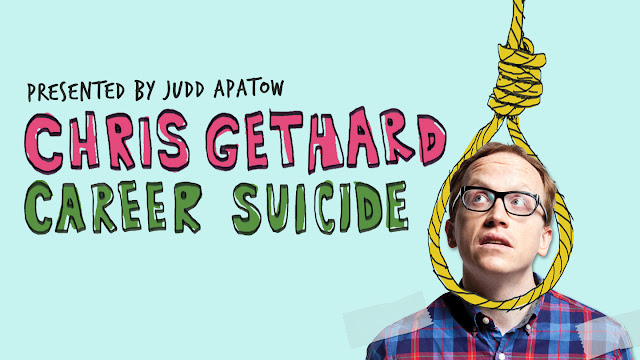 Lastly, if you have HBO, do yourself a favor and watch Chris Gethard: Career Suicide.
An adaption of his one-man off-Broadway show of the same name, Career Suicide is a comedy about depression, alcoholism, suicide and the other funniest parts of life. Gethard holds nothing back as he dives into his experiences with mental illness and psychiatry, finding hope in the strangest places.
This one is pretty intense and shouldn't be watch if you're triggered, but it reminded me a lot of John Languizamo's Ghetto Klown and I can't even imagine the creativity and courage it took to write and perform this show.

I need to get back to binging and working. Hit the comments and tell me what you're watching.

Other bingeworthy shows: Red Oaks (Amazon), One Mississippi (Amazon), The Man In The High Castle (Amazon), Younger (TBS), Famous In Love (Freeform), Catastrophe (Amazon), 13 Reasons Why (Netflix), Master of None (Netflix)
Posted by Rosemary Bystrak at Wednesday, May 10, 2017

Email ThisBlogThis!Share to TwitterShare to FacebookShare to Pinterest
Labels: tv