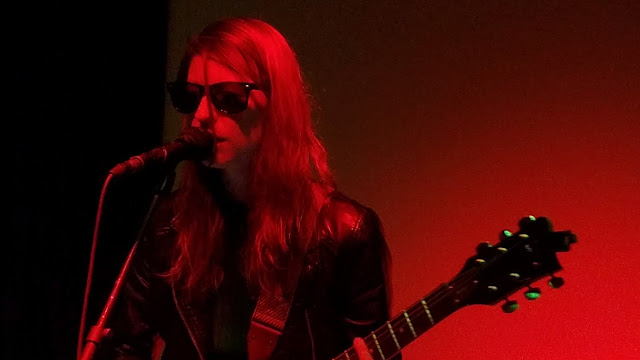 I can't really express how freaking irritated I was to discover that Photobucket changed their policy and are now charging $399 freaking dollars annually for photo hosting to third parties. Meaning any photo that I have on my site, including all the venue logos I have on my music page and lots of stuff from the early years of sddialedin are no longer unhosted. I reloading and relinked as many of the logos as I could, but I can hardly get over what scumbags they are and how many people are in the same boat as me right now. It was an okay weekend though Friday was maybe a little too fun with my SoundDiego crew and so I opted to lay low the remainder of the weekend, though Darren and I did make it to Cat Power for a bit on Saturday while the kiddo had a slumber party. She leaves to St. Louis later the week so we'll be packing in our family activities and hopefully checking out the new Africa Rocks section of the Zoo, hitting the beach, and maybe a waterslide day before she goes. Monday through Wednesday archives are after the jump.

This is my first time visit here. From the huge amounts of remarks on your articles,I surmise I am not just one having all the satisfaction right here! Jason Kulpa (Who is our CEO)