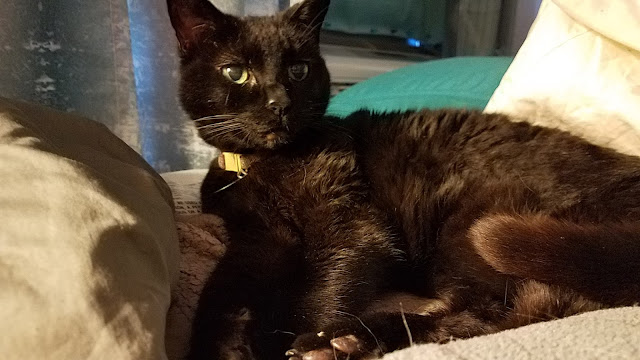 Ug. So I have been in bed a whole lot lately. The whole of last week, I didn't even step out onto my balcony until Thursday and didn't leave my house until Friday and that was for a doctor's appointment. Fortunately, I still have OBAMACARE and got to see a doctor and get an x-ray and an antibiotic for whatever lung infection I have and an inhaler so I can breathe again. On top of all that, because Kaiser kinda works like a health care buffet, my stuff was so speedy that it was done before the actual appointment time...I'd checked in on the kiosk 25 minutes in advance of my actual appointment time, was immediately called in, met with the nurse for weight, blood pressure, health screening, taken to a room, and checked by the doctor all before my actual appointment time. And in that time, made two more appointments for my annual lady parts checkup and for a mole I want removed. So yeah. The good news is by Saturday I was finally turning a corner and we coached our morning soccer game, hung around the house for a bit, and spent some time at Balboa Park and the Zoo before having dinner at Mona Lisa. So yay. I'm getting out of the house again. But it will definitely be a low key week for me until maybe the Livewire Anniversary party on Saturday.
I will try to get around to updating Bar Pink, Black Cat Bar, El Dorado, FLUXX, Sycamore Den, and Whistle Stop before the weekend but no guarantees. Monday through Wednesday archives are after the jump.