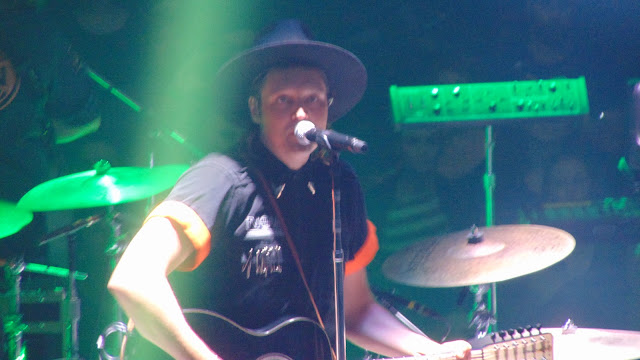 I'm burning up. I don't want to make a habit of just giving you Monday listings, but out of nowhere I've been blindsided with a fever. It's super weird because I was feeling mostly great all weekend. I'll tell you about my week when I get the listings up but for now, here's the clearest shot I could get of Win Butler from my seat at the amazing Arcade Fire show. I'll get the rest of the listings up by Tuesday morning. .