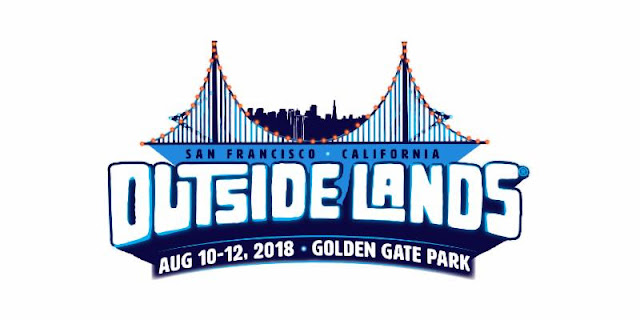 This morning, Outside Lands dropped their 2018 lineup. The festival will take place on August 10-12, 2018, in Golden Gate park. To me, Outside Lands and Sasquatch! are always the most desirable lineups and at the most desirable time of year, so though traveling for festivals isn't in my budget or lifestyle these days, it's still fun to dream a little. There's a whole press release about the whole deal, so I'll post that after the jump with the full lineup. What you really need to know is that 3-Day general admission and VIP passes go on sale this Thursday, April 5 at 10am PT. Info and tickets can be found on the Outside Lands site here. 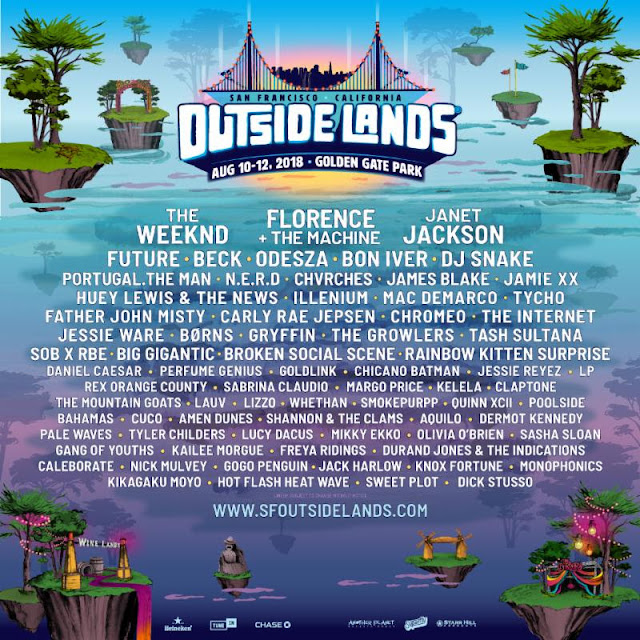 The confirmed Outside Lands 2018 lineup is below:

(Please note the lineup is not final and subject to change)

Another Planet Entertainment, Superfly and Starr Hill are excited to unveil the lineup for Outside Lands 2018. Now in its 11th year, the festival will return to San Francisco’s historic Golden Gate Park on August 10-12th, once again showcasing a world class music, art and comedy lineup alongside the best of the Bay Area’s food, wine and beer. For the first time, Outside Lands is offering a 3-Day GA & VIP Layaway Plan option, allowing fans to pay for their passes in four installments. 3-Day GA and VIP Regular and Layaway Plan passes will go on sale this Thursday, April 5th at 10am PT, exclusively at http://sfoutsidelands.com. 3-Day GA prices start at $375 + fees and and 3-Day VIP prices start at $795 + fees. The festival has sold out in advance the past seven years and fans are encouraged to buy their tickets as soon as they’re on sale Thursday.

Leading the musical charge this year are powerhouse performers Janet Jackson, Florence + The Machine and The Weeknd. Outside Lands has again curated a forward-thinking lineup by combining the hottest new talent with artists like Sabrina Claudio, Kelela, Daniel Caesar, Tash Sultana and more, alongside crowd favorites like Beck, Bon Iver, CHVRCHES and musical legacy acts like Huey Lewis & The News.

As The Guardian wrote, Outside Lands fans “come for the music and stay for the food.” The festival’s 2018 culinary program will continue to expand and this year fans will have access to over 200 menu items from the best Bay Area restaurants, hundreds of Northern Californian wines and beers and a collection of the region’s best cocktail bars. Outside Lands’ distinct food and drink experiences that excite the senses will also return, including Taste of the Bay Area, Wine Lands, Beer Lands, The Back Wine, Cocktail Magic, and GastroMagic. The Outside Lands 2018 food and drink lineup will be announced soon. Please visit www.sfoutsidelands.com for updates.

Adding to the overall experience, Outsider Art, Eco Lands and The Barbary - named in honor of San Francisco’s Barbary Coast district and featuring the best of comedy and cabaret.

Outside Lands continues to be an environmental leader in the festival scene expanding its efforts to divert more waste than any other festival of its size. In 2017 an incredible 91% of last year’s waste was composed of reusable, recyclable, and compostable materials. As part of Outside Lands’ ongoing commitment to the local community, the festival has contributed over $20 million to the San Francisco Recreation & Park Department.
Posted by Rosemary Bystrak at Tuesday, April 03, 2018

Email ThisBlogThis!Share to TwitterShare to FacebookShare to Pinterest
Labels: festivals, outside lands