Celebrate 420: MC Flow Invites You To The Dispensary

I try to steer clear of 420 cliches, but my friend Abby, aka MC Flow, sent me this video last week and to be honest, I can't get the tune out of my head. She's got a new EP dropping today and will be appearing at the inaugural Bayked Festival going down this afternoon at Embarcadero Marina Park South. Flow's press release is after the jump. Click here for tickets and info to Bayked. 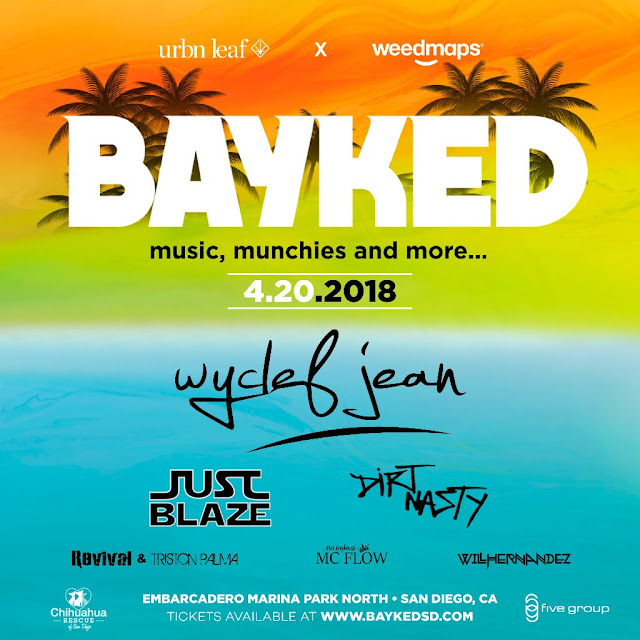 Cannabis is legal in California and rapper MC FLOW has made it the focus of her latest release, a five-song EP titled HER HIGHNESS. The album, which appropriately drops April 20th, or 4/20, covers everything from how to shop for legal weed (Welcome to the Dispensary) to racial/social issues associated with cannabis (Free). Grammy Award-winning singer/songwriter, JASON MRAZ, joins Flow on Oh Charlotte, the true story of pediatric cannabis patient, CHARLOTTE FIGI. Highlights also include a cameo by TORII WOLF (Flow Riot/DJ Premier) on the EP’s opening track, Morning Noon Night. [Hear it now on SoundCloud]

Flow is no stranger to the cannabis scene. As seen on Huffington Post, High Times, Celeb Stoner, Mashable, and more, she’s been lighting up the internet with her weed-infused raps and laid-back, SoCal vibe for some time. This January, when recreational pot became legal in California, Flow released the video for Her Highness’ first single, Welcome to the Dispensary -- a musical, behind-the-scenes tour of her favorite San Diego dispensary, URBN LEAF. The video is scheduled to make its film festival debut at the PALM SPRINGS CANNABIS FILM FESTIVAL & SUMMIT over 4/20 weekend.

“For me, the music and the activism are combined,” says Flow. “It’s about spreading the word of this powerful plant and helping people un-learn some of the lies of they’ve been taught about cannabis. We are living through the greatest opioid epidemic our nation has ever seen, meanwhile we are outlawing a natural medicine that has been used safely and effectively for centuries. It’s obvious that something needs to change.”

“I’m very excited to see where this new musical chapter takes me,” says Flow. “Cannabis is the conversation in California right now. I’m just here to help spark it!”