My first ever show at the Casbah was Whiskeytown. My iPod had a seemingly endless mix of Ryan Adams' catalog that I made my friends listen to as we drove from California to Texas for SXSW. He doesn't come to San Diego often, but I think I've been to every show he's ever played here. I deeply cherish Ryan Adams' music.

And this week has fully sucked. 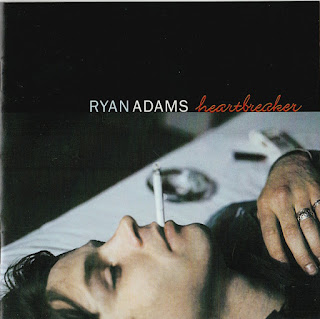 I'm a member of a Facebook group called "Ryan Adams Archive." Most of the conversations are obsessive fans arguing about Ryan's best records or people trying to get their hands on every color vinyl issued of a particular record. But this week has been different. First of all, everyone was buzzing about this super annoying podcast wherein two women comedians talk for two hours about their respective relationships with Ryan Adams, without ever saying his name, but detailing his douchiness and manipulation. I'm not saying what they say didn't happen, it's just that they are annoying AF and I listened to all 2+ hours of the damn thing. But then yesterday morning, Ryan was tweeting about the New York Times and eventually, the bomb dropped.


"'Ryan Adams Dangled Success. Women Say They Paid a Price.'
Several women say Adams offered to jumpstart their music careers, then pursued them sexually and in some cases retaliated when they spurned him. He denies the claims." - New York Times

(more after the jump)

It's not surprising. It's an open secret in the music business that stuff he's accused of happens often, perpetrated not just by musicians, but promoters, agents, labels, and through all levels of the industry. I have to agree with Best Coast on this one--

The saddest part about the NYT article on Ryan Adams is that it could literally be written about so many dudes in music. Also my favorite type of male apology is the kind where they literally don’t apologize at all lol
— Best Coast (@BestCoast) February 13, 2019

And Ryan specifically is a known asshole in the biz. Discussions about his ego, his mental health, his attitude, his alleged addictions, his erratic behavior, and on and on have been circulating for years. But we loved him anyway. He wrote the words we wish we had. But there has to be a limit. And I think we have reached that limit. At least I have reached that limit.

I don't need to make a big public boycott of things, but I am not the kind of person to separate the artist from the art. I am maybe not as reactive as some people...I don't think what Aziz did comes remotely close to what Louis did, for example, just like articles lumping Ryan Adams' behavior to R Kelly's loses credibility with me. Abuse is unacceptable in all it's forms, but there's a different level of evil with Kelly. And being manipulative and being a gross person aren't necessarily illegal, either.


ryan adams didn't get away with this for so long because he made awe inspiring, impossible-to-criticize music. he got away with it because 95% of the music industry from DIY on up are completely mediocre pervert dudes just like him and they all want to keep it this way
— meredith graves (@gravesmeredith) February 14, 2019


If you haven't seen all the fallout, here's just a handful of articles covering the whole situation. And even though she isn't mentioned in the NYT, I don't think there's any coincidence that Jenny Lewis dropped a new single, Heads Gonna Roll.

The Guardian: The Ryan Adams allegations are the tip of an indie-music iceberg

The Telegraph: If Ryan Adams can be ruined by his creepy behaviour, most of rock will go down

The links keep rolling in...