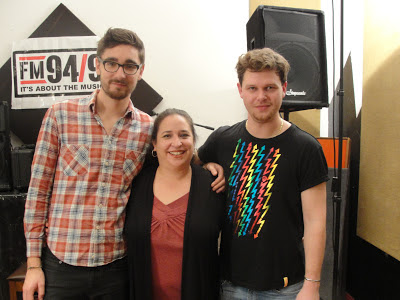 I have been looking forward to tonight's Alt-J show at the Casbah for some time. Tickets were selling well, but the day after the band won the coveted Mercury Prize the show sold out and I have to say I haven't seen so many old friends come out of the woodwork, all to ask if I have some magical hook-up for the show. Sorry, kids, the list has been full for a long time and I can't help ya. Unfortunately, I found out yesterday that I will be working tonight, which is cool because The Sword at Brick By Brick will be awesome, too, and that one just sold out, so it will be a fun night, but still, I'll be missing Alt-J. 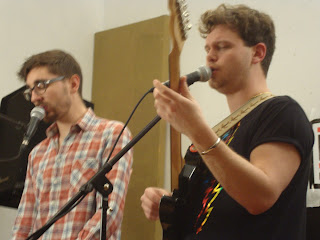 That's why when Pyles asked me if I wanted to come to an Alt-J session at Iacon Sound Studio in Golden Hill, my face totally lit up. It isn't a full show with the full band, but it will have to do because, well, it's Christmas and this girl has to work when I can.

Iacon Sound was formerly Black Box, and Sulo King has taken over and it is beautiful and open for business, by the way. They have six rehearsal rooms plus the live room, a vocal room, and if you rent rehearsal space, they're available 24/7, which means when you get the inkling to rehearse at 3:30 in the morning, you can do so. 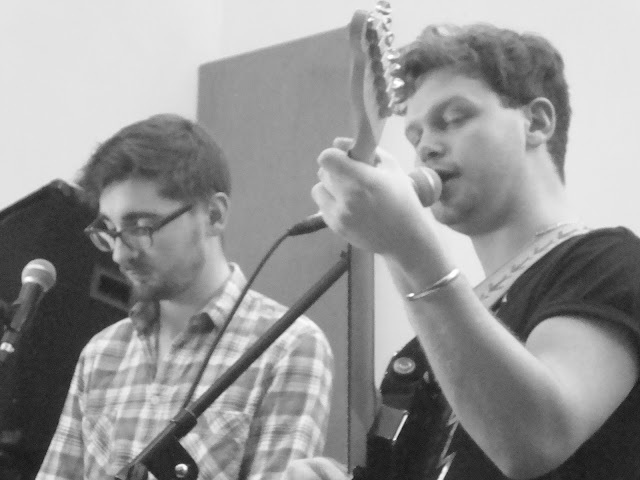 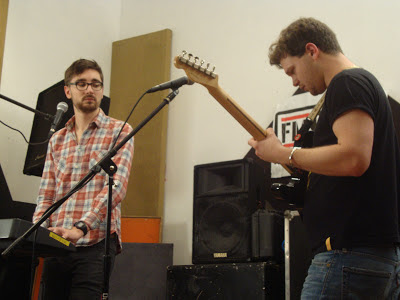 Anyway, today's session was attended by a bunch of FM 94/9 folks as well as some listeners and it was pretty damn awesome. We were told that this was the first time they had ever done something like this for radio, so it made it all the more special. The three video playlist is below.  (The station shot much better photos and video, so be sure to check out their site here.)